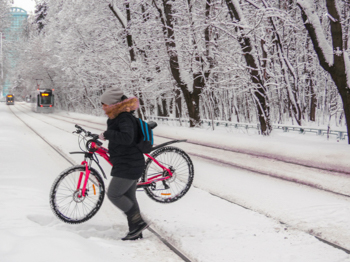 People are looking for cheaper ways to get around. With gas prices this high, there is a huge increase in demand for bikes, according to Western Mass News. This increase in bike interest means two important things: More people are buying bikes to become cyclists, and avid cyclists are getting their bikes out sooner.

Current Massachusetts’ Gas Prices in Perspective as of March 2022:

Local Bike shop owners in Massachusetts have noticed an increase in demand for bikes since early February, but have seen it surge in recent weeks – corresponding with towering gas prices. There has also been a surge in electric car sales and an increased interest in electric bikes, also known as e-bikes.

The surge of bike sales hasn’t boomed like this since the 2008 recession, according to Western Mass News. There was a large surge in bike sales during the recession due to many people trying to save money on transportation. The same trend is now emerging again.

Spada Law Group has avid cyclists on staff, and we regularly handle bicycle injury claims in Massachusetts, including Chelsea, Boston, Peabody, and anywhere in the state. While we’re excited about more people using eco-friendly transportation and getting more exercise, cyclists should be aware of a few concerns and risks given this recent surge in demand for bikes. Two notable concerns are the weather this time of year and the rise of new cyclists.

Because of the time of year, and the incredibly fickle and unpredictable weather in Massachusetts in the late winter and early spring, it’s important to be aware of certain risks when getting out your bike this early in the season.

If you’re a Massachusetts native or have lived here any length of time, you know that we could get serious snow or a blizzard as late as April. To bike safely and avoid accidents during the snowy season, the best things to do are to take it slow, give yourself extra time to stop, and be especially careful at intersections where motorists may not be able to stop.

We celebrate anyone who decides to use a bike for transportation. It’s a great way to promote health for our bodies, our wallets, and our planet. It is important to be aware of the biking risks and dangers associated with biking in Boston, Chelsea, Peabody or any city in Massachusetts.

5 Common Causes of Bike Crashes in Massachusetts For New Cyclists To Be Aware Of:

Even if you are already an avid cyclist, riding an e-bike is different for a number of reasons. There are even more specific pros and cons to be aware of if you are a new e-bike purchaser. Learn more about the unique factors to consider about e-bikes here.

If you were injured in a bicycle or e-bike accident, Spada Law Group’s injury attorneys can work to protect your legal rights. We have three offices and proudly serve the entire state with the ability to meet with you remotely from the comfort of your own home. Contact us for a free consultation so we can learn more about your bike or e-bike injury case and see how we can help you get the recovery you deserve after your accident.