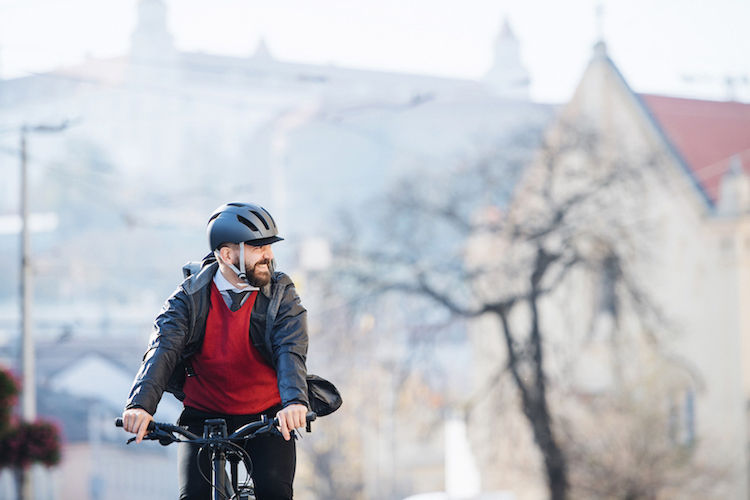 Who doesn’t love biking through Boston in the spring? With the snow finally melted and cherry blossoms blooming - biking in the spring is always a great way to celebrate the end of winter. Sam, an avid cyclist, was enjoying a bike ride on a Sunday afternoon in April before his life changed forever.

Police responded to the accident, and Sam was taken to a local hospital by fire rescue before being transferred to a trauma center due to the severity of his injuries.

Massachusetts Bicyclists Injuries After Colliding with Another Cyclist

When Sam, an active man in his mid-40s arrived at the hospital he had a series of X-rays and CT scans taken. It was discovered that he had a displaced scapular fracture, 5 fractured ribs and a pulmonary contusion in his right lung. He was then transferred to a trauma center due to the severity of his injuries.

His scapular fracture involved about ⅓ of the surface of the glenoid being fractured and rotated 90 degrees. This type of fracture is very rare and very complicated to repair. Within 2 weeks of the accident, Sam was scheduled for surgery with a specialist in Boston.

In a 2.5 hour procedure, Sam’s scapular fracture was reduced and stabilized with a reconstruction plate and 7 screws. He was in a sling for 1 month before he was advised to slowly progress activities while tolerated.

Due to the surgery Sam had, he now has a 7-inch scar on his shoulder and back. After his surgery, he began physical therapy treatment when neck and back pain continued and his functional progress plateaued.

He only regained about 85% of his pre-accident range of motion. Sam returned to work, but still has lingering pain and discomfort with motion. He can’t play sports in the same way with his 3 children like he used to be able to. He still hasn’t returned to cycling due to his shoulder’s strength and endurance limitations.

Because of the type of injury sustained, additional surgeries may be needed in the future.

Loss of Work and Income after Massachusetts Bicyclist Accident

Sam, a private-practice orthopedic surgeon in a Boston suburb, could not return to work at all until the end of May, about 6 weeks after the bike accident. His activities were limited, however, and he wasn’t able to perform surgical activities again until late August 2020 - more than 4 months after his accident.

Spada Law group knew that due to the Covid pandemic, the insurance company would not take Sam’s claim that he lost significant income very seriously. Spada Law knew they would argue that Sam’s income was down because of COVID, not the accident. To meet this challenge, Spada Law hired an expert forensic accountant to sort through the financial records of Sam’s medical practice and prove that the bicycle crash was the reason for Sam’s loss in income. In fact, once the accountant’s report was submitted to the insurance company, they never contested Sam’s argument again.

Liability: Who Was at Fault for the Boston Bike Accident?

A car driving the wrong direction on the road would be a violation of the law. The same is true for a bicyclist.

Andy, the man biking against the flow of traffic in the bike lane, was violating the state law at the time of the collision. This is ample and powerful evidence of negligence, which makes Andy at fault for Sam’s injuries. When talking with police, Andy admitted to traveling in the wrong lane, and said he often did that as he was approaching a street where his girlfriend lived.

If you are a cyclist injured in Massachusetts due to someone else’s negligence, whether by another cyclist or a car, you are entitled to damages in order to recover from your injuries.

Even though the defendant’s wanted to settle the case for only $150,000, Spada Law Group was able to get Sam’s bike accident injury case settled for $350,000.

One fact that many people may be unaware of is that in cases like this (cyclist versus cyclist) a cyclist’s homeowner’s insurance may be available to pay the damages. Andy had a homeowner’s policy in place at the time of the crash and Spada Law was able to get them to pay for Sam’s damages.

Any bicyclist injured by a careless driver or another bicyclist in Massachusetts is entitled to seek financial compensation through an injury lawsuit. Hiring an injury attorney after a bike accident can allow a cyclist to pursue damages for medical treatment, to repair their bike, and to receive compensation for pain and suffering caused by the accident.

If you were injured in a bicycle accident anywhere in Massachusetts, Spada Law Group can help protect your legal rights and fight for the damages you deserve.