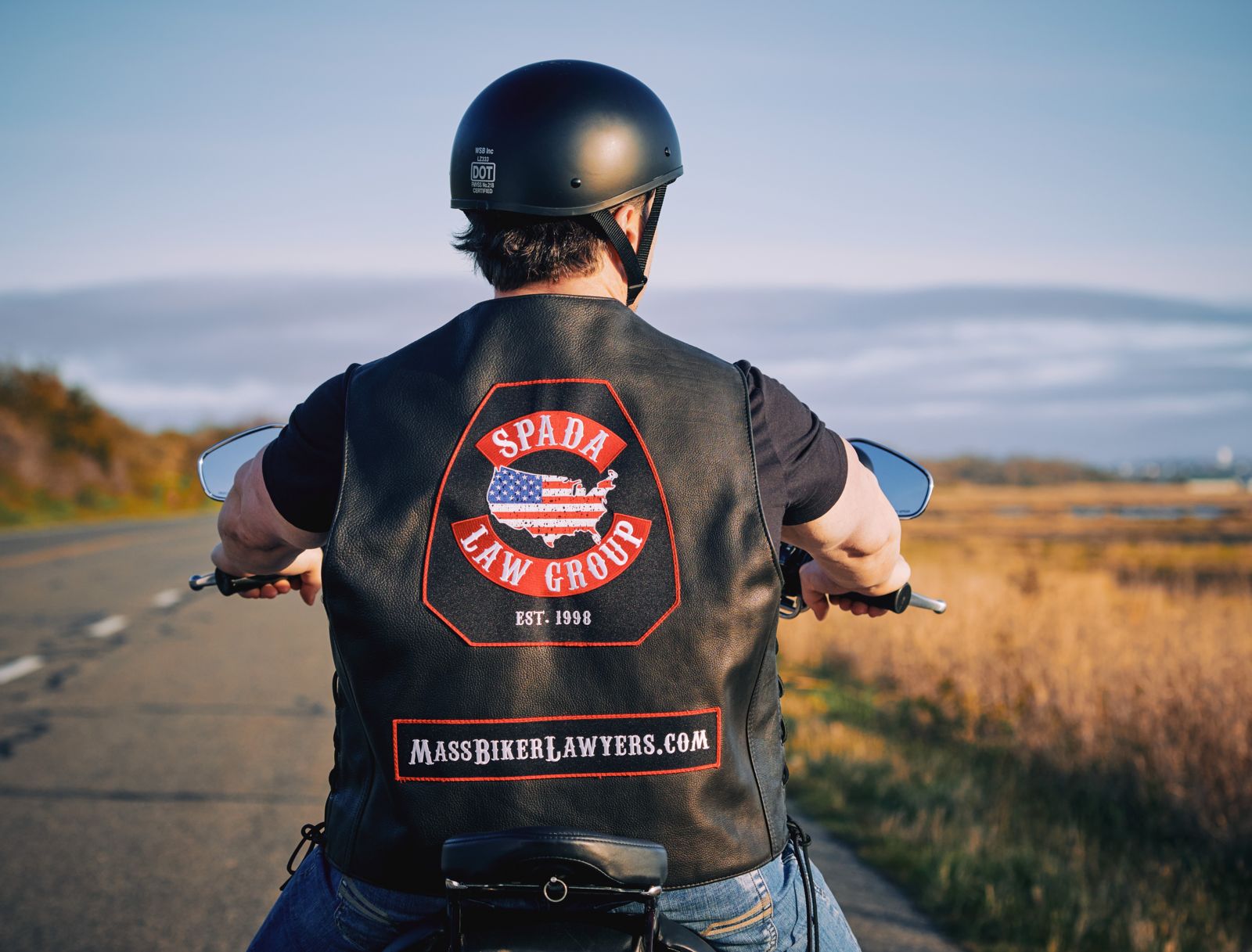 Let's face it, motorcycle riders get a bad rap. The non-riding public is quick to assume that an accident between a car and a motorcycle must be the motorcycle rider's fault. This assumption is not only unfair but based on my 30+ years’ experience as a motorcycle accident attorney, inaccurate. During my time as a practicing injury lawyer, I’ve found that most motorcyclists try to be the safest on the roads; they must be, their lives depend on it. There is no such thing as a “fender bender” or a “minor” crash on a motorcycle. In a collision with a car or truck, there is a 98% chance of injury to the rider and a 45% chance of serious injury. Hopefully this blog will be useful to anyone trying to argue their injury case after a motorcycle accident so they may be fairly compensated for their damages.

How to Prove No Fault in Your Motorcycle Crash

1. Make Sure Your Version Of The Motorcycle Accident Gets In The Police Report

I can't emphasize enough the importance of what a police officer writes in his or her crash report in initially assigning fault for an accident. Now it goes without saying that the police officer who is investigating the accident did not see what happened. However, the police officer often interviews people at the scene who might have, and they will write down, in summary fashion, what these witnesses say. Also, police officers are humans, and they have opinions, and those opinions often find their way into police reports which can either help or hurt your case.

I have seen many police reports where a police officer draws a conclusion against my motorcycle client based on preconceived notions and the insurance company relies on this opinion to deny my client’s claim. Now to prove our case, we must file a lawsuit in court and subject our client to lengthy and unnecessary litigation. We may ultimately be successful in proving that the police officer’s report was wrong, but only after our client was required to jump through hoops unnecessarily.
If possible, you should make it a point, if you are medically able, to ensure that the police report includes your version of what happened. There is no guarantee you can avoid an unsupported and biased report adverse to you, but you can make sure that your version of the facts is also in the report.

We recently took on a case where our client was struck by a UPS truck and was catastrophically injured. The police report in this case is one of the worst reports I've ever seen in over 30 years of practice. The report draws baseless conclusions so favorable to the UPS driver, that it's going to take us years fighting in court to ultimately get justice for our client.

Witnesses to a motorcycle accident can be a game changer in proving fault. If you have one unbiased witness who supports your version of the accident there is a very high likelihood your case will get resolved promptly and fairly. But obtaining witness statements is not an easy task. Most likely after a motorcycle accident you will need medical attention on scene and the last thing on your mind will be obtaining witness information. However, as soon as you can retrieve a police report you should do so.
Hopefully the police report will list any witnesses who spoke to the police on scene. It is extremely important to reach out to these witnesses and get them to commit to their version of what happened. Now I do not suggest you, a family member, or friend reach out to the witness. This is where an experienced motorcycle accident attorney can really be of value.

The first thing injury lawyers do when we take on a motorcycle accident case is send out one of our investigators to speak to all witnesses, commit their version of the accident to writing and attempt to get the witness to sign the statement indicating that that is in fact their version of what happened.

Once you are armed with witness statements, you are in a much better position to ultimately negotiate a fair settlement for your case. If you are unable to settle your case and it goes to court, you will have the advantage of knowing what the witnesses will say and preserving helpful evidence should their memory fade over time.

3. Find Out If There Is Surveillance Video Of The Motorcycle Accident

Many of today's roadways are within the view of a security camera of some type. In Boston there are very few streets where you are outside the view of either a public or private entities’ surveillance video cameras.

In fact, in the last year alone, we have obtained video footage of accidents in Chelsea, Everett, Revere and East Boston. I expect the number of cities that will have video footage available upon request to grow rapidly.

4. Get Photographs Of The Damage To Your Motorcycle ASAP

One area where pictures can help is on the damage caused to the motorcycle. People do not realize how important the physical damage to their motorcycle is in the hands of an experienced and skilled accident reconstructionist in determining points of impact and ultimately fault.

The location, nature, and severity of physical damage to your motorcycle may be important pieces of evidence that your injury attorney can use to bolster your position on who was at fault for the accident.

You should have photographs taken of your motorcycle before it is scrapped or repaired. If you hire an skilled motorcycle lawyer soon after the accident, they should take care of obtaining such photographs for you.

5. Don't Apologize or Speak To The Insurance Company

People often have the urge to apologize even if they're not at fault after an accident. I don't fully understand this phenomenon, but it exists. There's an accident, everybody is shaken up, and the first thing people start to do is say they are sorry. This can hurt your case.

I have been in many depositions where someone will testify that my client, who had no fault for the accident, exclaimed that he or she was sorry. It is instinctual to apologize after something traumatic, especially if the other driver appears upset and scared. However, a simple apology can hurt your motorcycle accident case.

If you say “sorry” after an accident, the driver’s insurance company might use your apology against you when assessing who was at fault for the accident. Be as polite as possible, but do not apologize. This advice is hard to give but important to follow.
Also, people often make the mistake of accepting phone calls from the insurance company for the car that hit them and discussing the case with an insurance adjuster. This is a huge mistake.

The insurance company for the other vehicle does not have your best interests in mind. In fact, he or she is looking for every reason they can to deny your claim or pay you as little as possible. There is no benefit whatsoever to having a conversation with the insurance adjuster for the car that hit you.

What should you do? You should politely tell the insurance adjuster that you have retained an attorney, preferably an attorney with motorcycle accident experience, and that they should direct all questions to said lawyer. End of story.

Check out one of my previous blogs for additional information on some of the more common causes of motorcycle accidents in Boston, Peabody and the North Shore.

Why Are Insurance Companies Biased Against Motorcyclists?

Motorcycle bias can be overcome however, but it requires more work by more experienced lawyers than a run of the mill car accident injury case.

PS. Even If You Believe You May Be Partially At Fault For The Accident You Still May Have A Case

I will give you an example of a situation where we represented a client who was convinced that they were at fault for the accident but after speaking with us and allowing us to do a thorough investigation, recovered a substantial six-figure settlement for her injuries. The case involved a rear end collision. But in this case, it was our client who rear-ended a truck in front of her. Now, I give her credit for speaking to us about her case, because most people when they rear end a truck on a highway would just assume that they were at fault and would take no legal action. We uncovered through our investigation that the driver of the truck stopped short on a state highway because he was lost, late for a delivery and intended to take an abrupt U-turn to reverse directions. Once we discovered this information it was a whole new ballgame, and we were able to get a substantial settlement for our client. Moral of the story? Dig deeper before you give up.

Were you Injured in a Motorcycle Accident? Schedule a FREE Consultation Today

If you’ve been injured in a motorcycle accident, it’s important to remember that you are not automatically at fault. But due to motorcycle bias, you will need to work harder to prove your case and that requires the skill of an experienced motorcycle accident lawyer. At Spada Law Group, we have helped countless riders obtain the compensation they deserve after being involved in a motorcycle crash. We want to help you too. Contact us today for a free consultation and let us put our experience to work for you. We service the entire state of Massachusetts and have offices in Chelsea, Peabody, Worcester, and Newburyport. If coming to our office is inconvenient, we can handle your entire case virtually through Zoom, so do not let geographical distance stop you from getting the help you deserve.