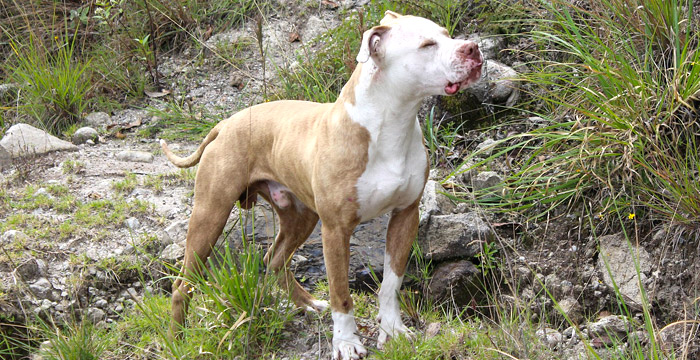 A dog bite can happen anywhere at any time.

Unfortunately, the majority of dog bites in Chelsea and other cities/towns happen to young children. This could be attributed to the fact that children aren’t always aware of how dangerous a dog can be. Are bite-prone breeds of dogs being allowed around children too often? Back in October in Lowell, a 7-year-old boy was attacked and killed by two pit bulls after the child entered a fenced in area where the dogs were kept. Neighbors described the dogs as large and territorial, and that they would bark loudly whenever people walked by.

This is just one of many attacks by pit bulls over the years. According to the nonprofit organization DogsBite, from 2005 to 2015, pit bulls were the cause of 232 deaths, which accounted for 64 percent of all deaths caused by dog bites during that decade. According to the American Society for the Prevention of Cruelty to Animals, the breed descended from the English bull-baiting dog, an animal that was bred “to bite and hold bulls, bears and other large animals around the face and head.”

While it is important to note that any dog is capable of causing serious harm and/or death, there are certain breeds that are known for their aggressive behavior. The following are statistically among some of the most dangerous dog breeds in terms of attacking and biting humans:

Most often, when a dog causes injuries to someone and that person seeks to assert their legal rights for compensation for those injuries against the dog owner, the owner’s homeowners or renters insurance company will be asked to cover the claim by the injured person. Insurance companies have seen a dramatic spike in such claims and have paid out large sums to injured claimants. As a result, insurance companies have attempted to reduce their losses by excluding coverage in their policies for certain breeds of dogs they deem to be “dangerous”. Such attempts at “breed discrimination” by the insurance industry have been and continue to be addressed by the Massachusetts Legislature.

Lawmakers have submitted a bill to prevent insurance companies from such discrimination against homeowners based on their dog’s breed. Rep. Jack M. Lewis (D-Framingham) is the sponsor of H.554, which would allow dog owners to purchase insurance to cover injuries caused by their dog regardless of the breed.

Under the proposed law, insurance companies would be prohibited from refusing to offer homeowners insurance or renters insurance coverage based on the specific breed of an individual’s dog. The insurer could not refuse to issue a policy, renew a policy, or cancel a policy or raise the premium based on the dog’s breed.

The bill provides an exception for a dog which has been designated a “dangerous dog,” by a local community.

If you have been bitten by, attacked or injured in any way by a dog, seek medical attention and then call us. We can help you gain compensation for your injuries, as well as hold the dog owner responsible – which may help to prevent future dog attacks.