Massachusetts Dog Bite Victim got $100,000 Settlement after a Life-Changing Injury with Help from a Boston Injury Lawyer

Massachusetts Dog Bite Victim got $100,000 Settlement after a Life-Changing Injury with Help from a Boston Injury Lawyer 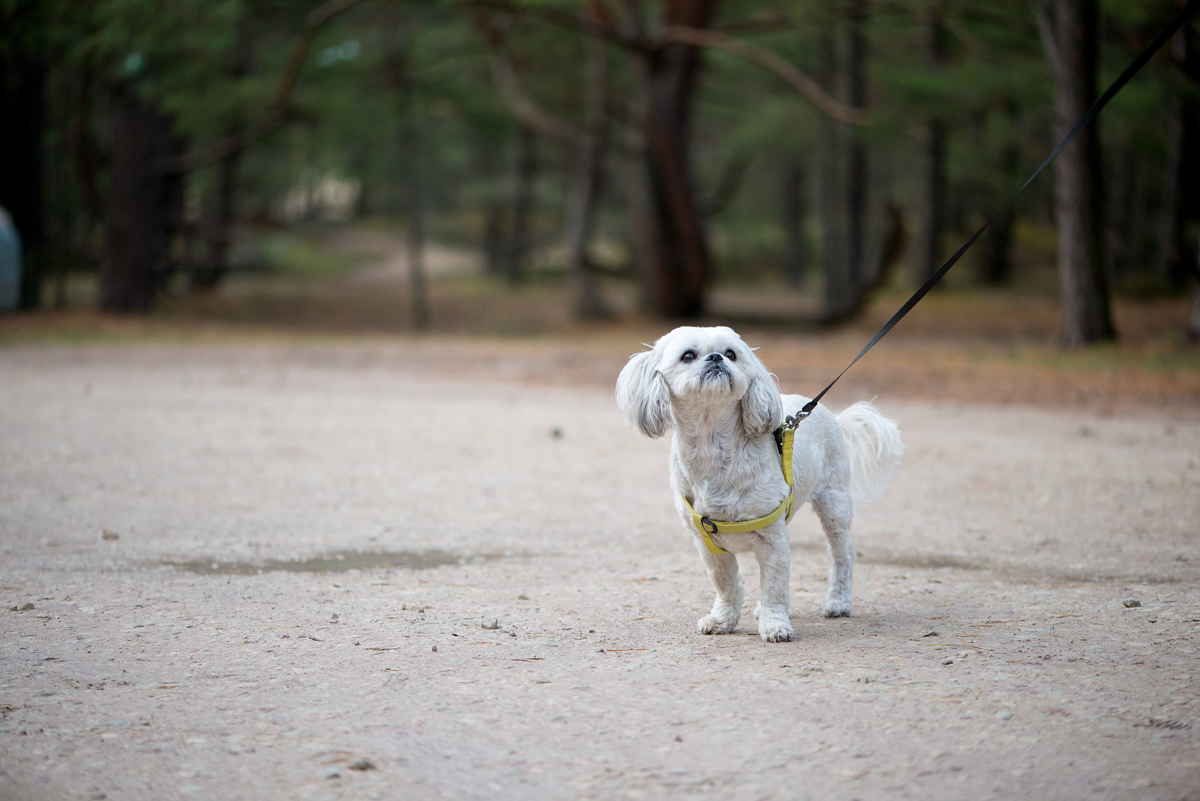 Joanne was walking her dog one morning - as she did each morning - in her Massachusetts neighborhood.

Suddenly, a Pit Bull ran at and attacked Joanne and her Shih Tzu. Thankfully, Joanne hired Spada Law Group to represent her in her Dog Bite Injury case. After working hard on the case, we were able to get Joanne a Settlement of $100,000 to cover the costs of her injuries and rabies treatments.

Dog bite injury cases are far more common in Massachusetts than one might think. Thankfully, state law clearly provides dog bite victims the right to receive money they need to recover from their injuries.

If the weather was nice, you could count on Joanne taking her dog on a morning walk. While this was something she enjoyed doing every morning was different. It would, unfortunately, forever change her life.

As she walked down the road, a tan Pit Bull barrelled toward her and her dog. The Pit Bull got closer and closer until Joanne knew he was coming for her dog. Joanne quickly bent over to snatch her dog up to protect him from the oncoming threat of a dog attack. As she tried to save her dog, the Pit Bull sank its teeth into both her hand and her dog. Her scream caused a neighbor to run out into the street. He grabbed the Pit Bull and brought it back to the yard it escaped from.

Joanne’s left hand was severely gouged and was bleeding. Her Shih Tzu, also sustained injuries which needed to be treated.

After the owner secured his Pit Bull, he went over to Joanne. Once the town’s animal control police officer arrived, the Pit Bull owner admitted his dog had been acting differently lately.

Following the attack, Joanne’s husband took their beloved dog to the vet for his injuries, and a friend took Joanne to the hospital for her hand injuries to be treated.

Later in the day, the animal control police officer called Joanne with news no one ever wants to hear - the Pit Bull was not up-to-date on its rabies vaccinations.

Rabies exposure is extremely serious - while the symptoms can begin within days or even weeks after exposure, the ultimate effects of rabies on humans are deadly. If a person begins to develop rabies symptoms, it is already too late for treatment. Time is of the essence if you’ve been exposed, or think you could have been exposed, to rabies. 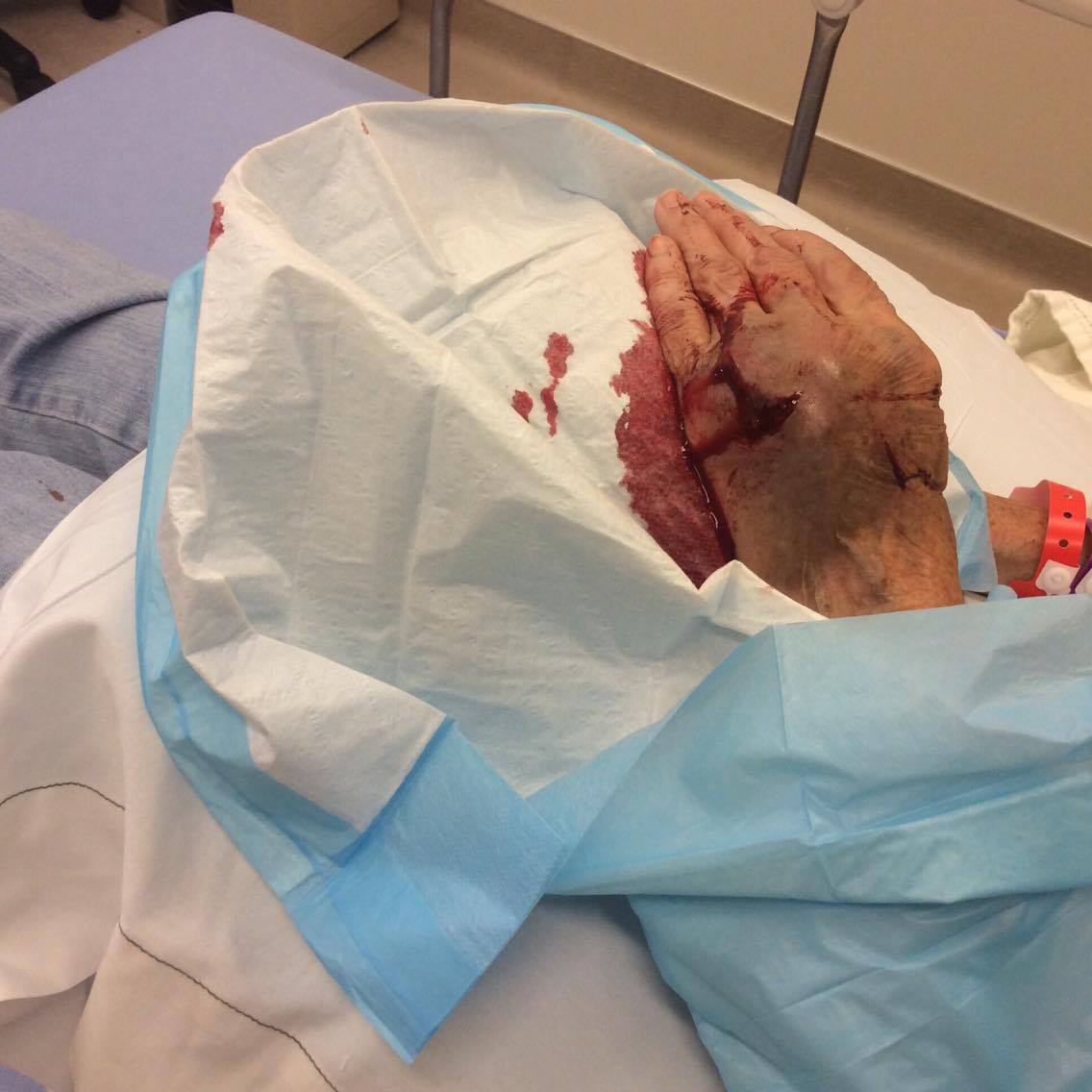 Joanne had a long road to healing for her hand after the dog attack, and unfortunately her hand will never quite be the same. Her hand sustained permanent damages due to the dog bite injury.

Joanne was referred to a hand specialist in September, two-weeks after the dog attack, due to serious pain and complications. She then began a course of occupational therapy to help heal her hand and to regain full mobility and strength. After about 6 weeks, she was again referred to a hand specialist in Boston due to continued complications from the dog bite injury.

The specialist didn’t think Joanne would ever be able to regain the range of motion she had prior to the dog bite injury.  The doctor thought that if Joanne continued with occupational therapy, that she could then have a surgery done to help with her range of motion. Due to the risks associated with recovering from the surgery, Joanne chose not to have the surgery.

Joanne remained in occupational therapy for 18-months after the dog bite injury. To this day, she still struggles gripping things and lifting heavy items. She now suffers a permanent loss in the range of motion in her left hand, expressly as a result of the Pit Bull dog bite injury.

What Does Massachusetts Personal Injury Law Say When it Comes to Dog Bites?

Massachusetts’ law regarding dog bites puts strict liability on the dog owner. The law states that a dog’s “owner” or “keeper” is liable for any damages that dog causes to a person or property.

At the time of the attack, the Pit Bull’s owner was both the legal owner of the dog and the keeper of the dog as defined by Massachusetts Law. Therefore, the dog owner is responsible and liable for Joanne's injuries.

This law applies to any dog bite case in Massachusetts. Dog bite cases happen more often than you might think - but people can be hesitant to report them or to sue the dog’s owner.

Here’s the thing - when you sue someone after their dog bites you, a family member, or your child, you’re not actually suing them. You’re most often suing their insurance company, in this case the Pit Bull owner's homeowner's insurance company. Sometimes people are resistant to get tangled up in a lawsuit - because they’re afraid it could damage their relationship with the dog owner, or the dog owner’s finances. The truth, however, is that the dog owner most likely has insurance which will handle the lawsuit completely. The law in Massachusetts allows for people who’ve suffered dog bite injuries to recover any damages needed so that they can fully recover from their injuries.

Conclusion: If you were bit by a dog in Massachusetts, you should hire an injury attorney

It is also imperative that you seek treatment immediately if you were bitten by a dog (or any animal) and find out if the dog was up-to-date on vaccinations if at all possible. As mentioned previously, rabies is a serious and deadly viral disease that dogs can carry and if you’re not treated soon enough, it is certainly deadly.

An injury attorney can represent your case against the dog owner or keepers’ insurance company and ensure that you have all the resources you need to recover and heal from your dog bite injury.

If you or a loved one have suffered a dog bite injury, give our office a call to see how we can help. We’re here to listen to your story and find out the best possible way for us to help you get better as soon as possible. We want you to get better and we also want to help you be financially whole again.

In addition to getting compensated as you’re entitled to by law to recover from your Massachusetts dog bite injury, you also don’t have to pay Spada Law Group a single penny out of pocket.

When we win your case, we take what’s known as a contingency fee (a percentage) from the settlement. This amount is always agreed upon beforehand, so there are no surprises when you hire us.

We also offer a free comprehensive guide to the personal injury process in Massachusetts. Get your free Anatomy of a Personal Injury Case eBook today and take back control of your life. Download here.