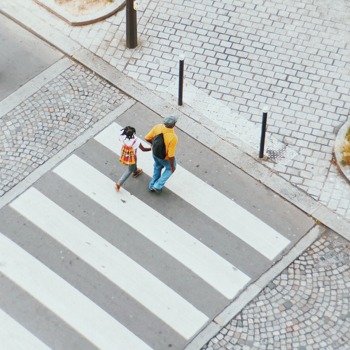 “Massachusetts has not experienced the rate of growth in pedestrian fatalities seen in many other states. But we have not seen the progress in reducing pedestrian deaths and injuries that is needed to create safer streets in our communities,” Stacey Beuttell, executive director of the nonprofit WalkBoston, told The Boston Herald. “The continued growth in vehicle miles traveled combined with increases in the size and weight of vehicles have stymied progress.”

Why Have Pedestrian Deaths Increased in Massachusetts?

About 16% of fatal pedestrian accidents involved drunk drivers, with a blood alcohol concentration (BAC) of 0.08 or higher. Interestingly, 31% of pedestrians 16 years old or older who were killed in a car crash had a BAC of 0.08 or higher. This reveals that walking under the influence of alcohol, not just driving under the influence, is hazardous.

How To Reduce Pedestrian Deaths

The two basic lines of defense when it comes to preventing pedestrian deaths are: 1) preventing the crash from happening in the first place, and 2) mitigating the physical effects of any crash though a variety of tactics such as reducing speed in areas where pedestrians are present.

Redesigning streets to calm traffic, limiting drivers’ ability to speed through local streets or residential areas, and raising pedestrian crossings are among the most effective strategies to reduce pedestrian fatalities, according to Beuttell.

Unfortunately, many pedestrian deaths are caused by common behaviors, including speeding and other dangerous driving behaviors, said Jonathan Adkins, the GHSA executive director. Inadequate infrastructure and roads that are primarily designed for vehicle speed rather than community safety also add to the peak in the pedestrian death toll.

The GHSA report explains something called a “Safe System” approach. The five elements of the approach are 1) safe people, 2) safe roads, 3) safe vehicles, 4) safe speeds and 5) post-crash care. The goal of this approach is to create a transportation system that takes human mistakes into account and seeks to keep crash impacts at survivable levels in the event people are struck by cars. The ultimate end goal: to eliminate all road deaths and serious injuries by creating multiple layers of protection.

The system calls for:

Pedestrian accidents are among the most serious cases we see. They almost always result in serious injuries or even death. If you were injured as a pedestrian in Massachusetts, you have rights and may be able to get compensation for your medical bills, time lost from work, pain and suffering and more. Visit our results page to see how we’ve helped Massachusetts pedestrians after tragic accidents.