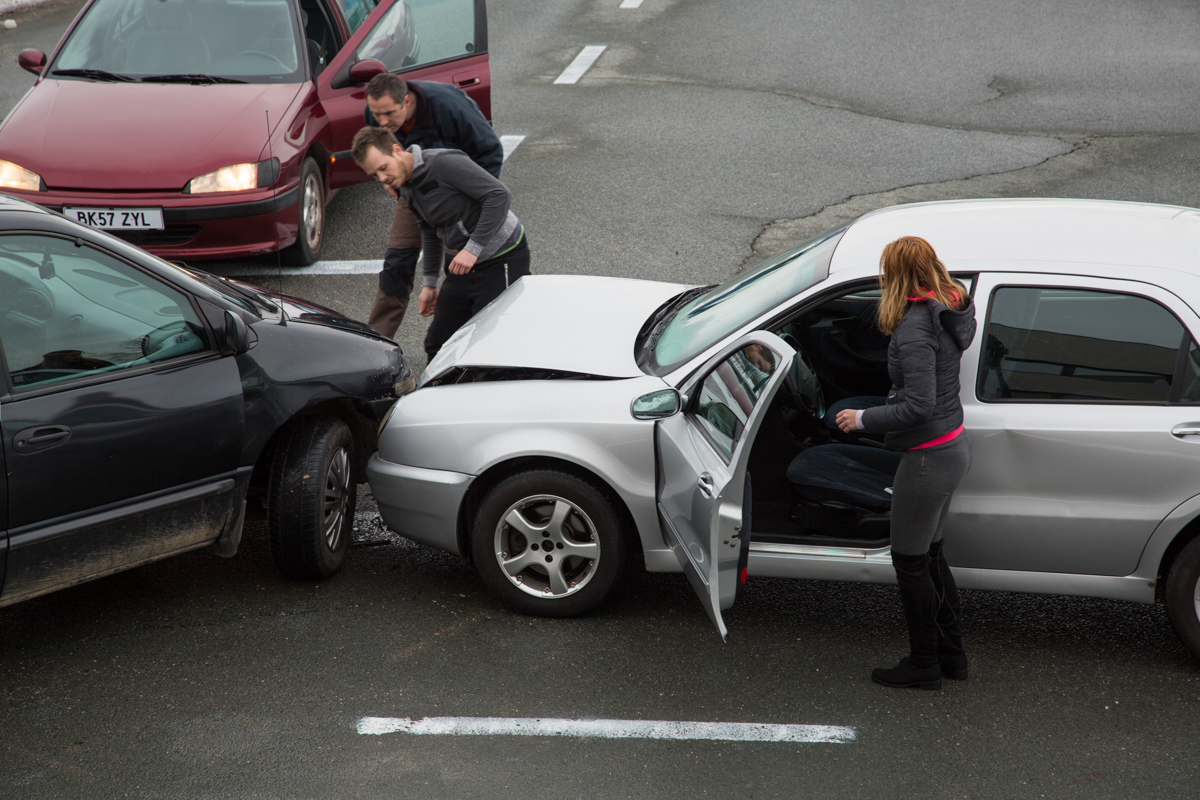 Involved in an accident with multiple at-fault parties? If you’re injured in a car accident which occured due to more than one party’s negligence, both parties are legally responsible to provide damages for you to recover from your injuries.

Massachusetts operates under a theory of law known as "pure joint and several liability.” This law provides that every party found to be at fault for the accident - no matter to what degree - is responsible for the entire amount of damages you’re owed to recover from your injuries.

Imagine two different drivers’ negligence caused an accident and, consequently, your injuries. As the injured party, you can file an injury claim (lawsuit) against both people. As long as you, as the accident victim, are found 50% or less responsible for the accident, then you’re legally entitled to compensation to recover.

If two other vehicles caused the accident and they were each equally responsible for the crash, in theory they would each be 50% responsible for your injuries and resulting damages. Now, even though both parties are 50% responsible for your injuries, if one party cannot pay, or refuses to pay, you can collect 100% of the damage award from the other party. This is what is meant by joint and several liability. Each at fault driver can be held liable for the entire amount so long as the injured driver is not more than 50 percent at fault themself.

As a "pure joint and several liability” state, the laws stand to protect victims of accidents. In essence, the law ensures that a victim injured in an accident gets the full compensation they need to recover. It prevents, for example, the injured person from only getting 50% of their damages if one of the parties cannot pay. In that event, instead of the victim not getting enough money the full financial responsibility will fall on the party that is able to pay.

‘Joint and Several’ Can Be Thought of This Way:

Massachusetts' state law works to ensure that no matter how many people are deemed at fault for a car accident, and no matter to what extent each is technically responsible, each party could be found liable for the entire amount of damages.

What if the Two At-Fault Parties Fight About Who is More “At Fault”?

Thankfully, as a victim of an accident the damages you’re owed are not caught hanging in the balance if there is a discrepancy or disagreement about who is at fault and by how much.

When the “at fault” parties have a disagreement about what is each party’s fair share, that is an issue that is handled completely separate from the injury claim. The injured victim is taken care of first, and they are provided the damages they are legally owed to recover.

If the multiple at-fault parties disagree about “fair shares,” that’s settled in court via subrogation between the two parties as a matter that no longer involves the injured party.

Injured in a Car Accident in Massachusetts, But You’re Not the “Suing Type?”

As injury attorneys, Spada Law Group is passionate about making sure that people are aware of all of their legal rights when they’ve been injured in an accident. Here’s something we find that a lot of people don’t know: the only benefit to NOT suing someone after an injury is that you’re helping insurance companies keep the premiums we pay them.

When you “sue someone,” most often you’re not actually suing that person. When you’re injured and sue the negligent party that caused your injuries, the individual typically does not financially suffer. What you’re technically doing is suing someone’s insurance company. So, when you sue someone for an injury, all you’re doing is simply requiring the insurance company to do what it’s been paid to do - cover the cost of your damages.

When you are injured in a car accident, you’re forced to deal with your physical recovery as well as trying to understand your legal rights. You may have a lot of questions, such as who will pay for your medical bills? Will you have to go to court? And many more.

We put together a free book to help you get control of your situation after an accident so you can make empowered decisions throughout your case.

Get your free copy here.

Call or text the Injury Attorneys at Spada Law Group for a Free Consultation After a Car Accident: 617-889-5000