What Happens If You Are Injured Because Of The Negligence Of A Charitable Or Nonprofit Organization?

Massachusetts has what is commonly called a “charitable immunity cap.” 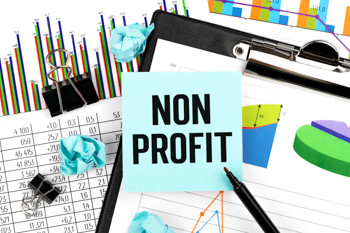 Someone could be severely injured due to negligence, for example, and if the court accepted the charity’s defense, the injured person would not recover any compensation for their medical bills or pain and suffering.

Charities no longer have a complete immunity defense to tort and personal injury damages, but their liability is capped. The charitable cap law places a $20,000 limit on charity organizations’ liability if the tort was committed in an activity that directly accomplished the purposes of the organization.

If there is a single event that injures multiple people, however, the intent of the charitable cap is to have the organization only liable for $20,000 or $100,000 in damages in total. Therefore, if 5 people were injured during an activity directly accomplishing an organization’s purpose, those 5 people would be required to split the $20,000 in damages under this law.

Who Does The Charity Cap Apply To In Massachusetts?

The purpose of the charitable cap is to protect charitable organizations’ funds so that their funds can continue to be devoted to charitable purposes. Therefore, the limitation on tort damage liability applies to all types of charities.

Massachusetts defines charitable organizations as those with a “dominant purpose” of their work to benefit the “public good,” and one that benefits a large, indefinite group of people.

Examples of Charitable Organizations in Massachusetts:

What Kinds Of Massachusetts Injury Claims Or Lawsuits Does The Charitable Cap Apply To?

The charitable cap applies to all tort claims alleged against a charity. A tort is a civil wrong such as assault, battery, and negligence. Most personal injury claims such as car accidents and slip and falls involve allegations of negligence.

The charitable cap does not apply to any legal claim that is not based in tort law. For example, the cap will not apply to contract claims or employment discrimination claims against a charitable organization.

What Types Of Activities Are Covered By The Charitable Cap Limits in Massachusetts?

As mentioned earlier, the charitable cap law limits a charity’s liability for tort damages for any civil wrong that is committed during any activity that is carried out to directly accomplish the purposes of the organization.

The way courts interpret this language is always case-specific. Generally, a charity’s activities are distinguished as either those that directly accomplish charitable purposes or activities that are primarily commercial in nature such as generating revenue.

When someone is injured and there is a question of whether a charitable cap applies to the damages they are entitled to, the court will scrutinize the conduct occurring at the time the person was injured and will determine if that specific conduct aligns with the organization’s specific charitable purposes.

Are There Exceptions To Who The Charitable Cap Applies To?

The law specifically states that the goal is not to limit the liability of individuals who serve as officers or board members of the organization. There are, however, some other Massachusetts laws that often apply to protect individual officers, directors, or trustees of nonprofit organizations.

The cap is treated as an affirmative defense, which means that the charity must prove that the defense applies to their organization and the circumstances of your injury. The organization needs to prove they qualify to be considered for the charitable cap in general, and it must specifically prove that the tort occurred within the range of activities to which the cap applies.

Were You Injured Due To A Charity Or Nonprofit’s Negligence? Massachusetts Injury Lawyer Offers Free Consultations

We have experience representing people who were injured due to the negligence of nonprofits and charities. Most recently, we helped a woman who was seriously injured in an outdoor religious service recover more than 10x the charitable immunity cap, and all of the money came from an insurance company, not the church or its employees.

It is possible to recover more than the charitable cap in Massachusetts when you’ve been injured, but you need to hire an experienced injury lawyer.

We have offices in Chelsea, Peabody, and Worcester, but we proudly serve the entire state and can meet with you remotely from the comfort of your own home. Contact us for a free consultation to see how we can help you get the recovery you deserve after your injury. As personal injury lawyers, you never pay us a penny until we win your case.

1 Comments
PLEASE contact me. I believe I have more than one case that fits this bill precisely. I’m so grateful I found this page, though long overdue. I have been navigating my complaint in the wrong direction and it’s costing me the ability to survive by the toll that’s taken on my health atop what these organizations already destroyed.
by D. May 17, 2022 at 01:01 AM
Post a Comment