It Seems The Dog Days of Summer Are Biting More 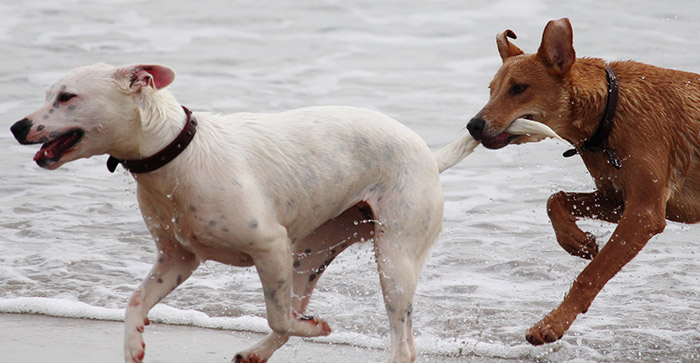 In March of this year, we wrote about the dangers associated with dog bites but since then we have seen a dramatic increase in the number of inquiries from potential clients relating to dog bite cases. This fact is concerning to us, so we thought another primer on the issue was warranted given the sheer number of bite cases we are seeing.

Dogs are commonly referred to as man’s best friend, and for good reason. The ancient relationship began with wolves hunting and living side by side with our primitive ancestors and continues to this day with modern-day dogs being cherished members of millions of families worldwide.

With approximately 80 Million dogs residing in the United States, dogs are among the most commonly owned pet species. Although most dogs never seriously bite or physically harm anybody, some dogs are not socialized properly and pose a risk of biting or injuring people. Every year roughly 4.7 million dog bites occur in the US, resulting in 800,000 bites which require medical attention.

Most of us have little fear of dogs, and in turn, rarely think of the consequences of dog bites even though these injuries can be very serious. Dog bites/attacks can and often do result in serious injury and even death. Despite the common view that our dogs are gentle and loving pets, we cannot forget that they are descendants of powerful and aggressive predators and still hold the vast majority of their ancestors’ genes.

Luckily there are many precautions both dog owners and the public can take to avoid dog bites. It is also important to understand your local laws determining when one is liable for injury caused by a dog.

Who Is Responsible When A Dog Bites?

When an individual is bit or injured in some way by a dog, that individual may sue the owner or keeper (a person responsible for the dog but not necessarily its legal owner) for compensation.

Basically, what this means is that in these states, if you are walking your dog and it bites another person, or if it bites a guest at your home, you are automatically liable for any damages period. An owner may also be liable if their dog causes an injury indirectly or unintentionally, for example, if a dog caused a bike crash or caused someone to fall. Liability for the dog owner also applies if another animal or dog is bitten/injured.

Many elements are considered when analyzing whether the owner acted reasonably in fulfilling that duty, among them being the history of the dog and the owner’s knowledge of what danger it may pose to others. In many cases, victims turn to a common law principle commonly referred to as the “One Bite Rule”.

Other factors that come into play is giving reasonable warning to the public such as a “No trespassing” or “Beware of Dog” sign within sight. Courts may also find the owner took reasonable precautions if their dog is confined onto one’s property by chain link fence or by being leashed.

If victims of a dog bite/injury can prove either strict liability or some level of negligence on the part of the dog owner, they may be awarded a range of compensation depending on the nature and extent of their injuries.

The most obvious compensation that a victim is eligible for following a dog bite/injury is for their medical expenses. The victim may also receive compensation for any physical or emotional suffering they endured because of their injuries as well as any loss in their earning capacity. One area of damages we see often in dog bite cases is permanent scarring. When a dog bites a person there is almost always scarring that results. We have represented many clients where the predominant injuries are severe puncture wounds that have left noticeable and permanent scarring. These types of injuries often result in significant recoveries because of their lifelong impact on the client.

An experienced dog bite attorney can help present a victim’s damages in the most compelling manner possible which is crucial in obtaining a full and fair result. With offices in Chelsea and Salem, MA, Spada Law Group provides Boston quality legal representation without the commute into the city with free on-premises or validated parking. We are here to answer any questions you may have. Call Spada Law Group today at 617-889-5000 to discuss your situation. The consultation is free and there is absolutely no obligation to hire us. We are open Monday through Friday from 9am to 5pm.