While traffic in the greater Boston area has continued to balloon due to the pandemic, the T has remained fairly empty. Currently, all MBTA subway and bus systems are only transporting about 58% of the passengers that were utilizing public transit pre-COVID. 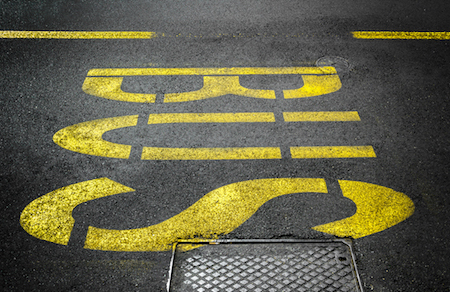 While the overall use of public transit is still awaiting a rebound, the bus system’s ridership has remained strong. In response, Boston recently launched center-running bus lanes on Columbus Avenue. These center running bus lanes, designed for the 22, 29, and 44 bus lines; are the first of their kind in all of New England, according to the MBTA. These specific bus lines were chosen to pilot the program because they maintained high ridership throughout the coronavirus pandemic.

Bus line 22 is seeing 80% of its passengers back, according to the MBTA Covid Recovery Dashboard.

One of the next cities the center bus lanes are planned for is Lynn, Massachusetts. The center bus lanes in Lynn will be along the Lynnway from the General Edwards Bridge to Central Square Station. The bus lanes are already in the design phase, and city planners intend to get federal grants to cover the majority of the costs, according to the Boston Globe.

In addition to Lynn, the MBTA already has plans to implement the bus lanes in a few more Boston neighborhoods and in Cambridge.

The Proposed Benefits of the Center Bus Lanes

These center bus lanes have been in the making for more than 2 years as a way to create a more bus-priority infrastructure in the greater Boston area. The creation of these bus lanes represented a shift away from prioritizing shorter personal car transportation times to prioritizing moving more people as quickly as possible, according to Julia Wallerce of the Institute for Transportation and Development Policy.

“The bus has been the last resort that you take if you have no options,” Wallerce said to the Boston Globe. “For that to change we need to make it the best option.”

The center bus lanes in Columbus Avenue are estimated to save bus riders anywhere from 4-7 minutes of travel time on their commute. Of all of the public transportation options in Boston, buses are the worst at being on time - but the hope is these new lanes will help make buses a more attractive option.

With the bus lanes centered in the road, buses will no longer be in the same traffic lanes as cars which should help eliminate slowdowns because buses will no longer be pulling off to the right to pick up passengers curbside. This should hopefully interfere less with traffic and help the buses get to and from their stops more quickly.

The ultimate goal of these center bus lanes in Boston, and soon-to-be in Lynn, is to encourage commuters to switch to buses from cars as a green move to reduce emissions and to help with Massachusetts traffic congestion.

The construction process and the new bus lanes have resulted in new turning restrictions and other traffic flow changes. Drivers are already breaking new traffic rules by making illegal left turns and U-turns across the center bus lanes, according to a librarian who works along Columbus Avenue. He told the Globe that he’s even seen some cars blow right through the new crosswalk while lights are flashing.

With Lynn slated as one of the next cities to get center bus lanes, there are a few things to be aware of:

We’ve helped countless people in Massachusetts get the recovery they need after a car accident. Whether you were driving, walking, biking, or on a motorcycle in Lynn - Spada Law Group’s injury lawyers can help if you were injured in an accident.