Boston is On Track for The Most Pedestrian Deaths in 5 Years: Boston Pedestrian Injury Lawyer 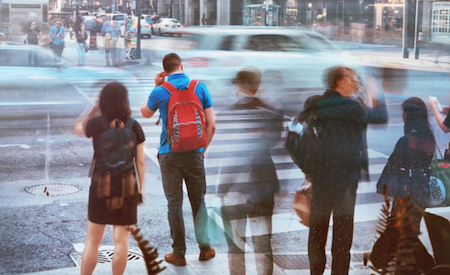 “Pedestrian fatalities and serious crashes that have an enormous mental, physical and economic toll are truly a public health crisis,” Stacy Thompson, executive director of LivableStreets, a nonprofit based in Metro Boston, told the Boston Herald.

The first pedestrian death of 2021 involved a 92-year-old man being hit in the late morning in Charlestown and then dragged for a mile by a car that left the accident scene. Police located the driver but ruled that the death was an accident and no charges were filed.

Boston’s Plan to Make Streets Safer for Pedestrians: “One Fatality is Too Many”

Vision Zero Boston is the city’s plan to eliminate fatal and severe crashes, including pedestrian accidents, in Boston by 2030. The program was announced in 2015 by Mayor Marty Walsh, and current Mayor Michelle Wu is also passionate about the project.

If you visit the city’s Zero Boston webpage, you’ll see that there are more than 20 fatal crashes on average each year in Boston, with more than 200 people seriously injured in car or pedestrian accidents. There is an interactive “Safety Concerns Map” on the page where people - including you - can select a location and tell the city about your safety concern. There is also an “Injury Crash Map” that illustrates the reported crashes in Boston.

As of Dec. 6, the crash map data for 2021of the greater Boston area shows:

Another map illustrates some of the most dangerous streets for pedestrians in Boston. Some streets included in that map are: 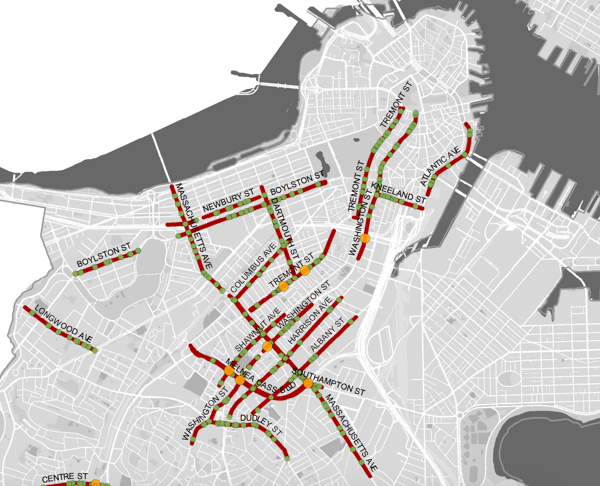 The map with dangerous pedestrian areas highlighted illustrates that from 2015-2017 pedestrian deaths occurred on the following streets:

Changes Boston has Made for Safer Streets:

How YOU can Help Make Boston Streets Safer for Pedestrians

Speeding and running red lights are two of the most dangerous driving behaviors in the city, according to LivableStreets. You can help by watching your speed in the city and coming to a complete stop at yellow and red lights.

According to the data shared above, the difference between driving 30mph and 20mph can make all the difference when it comes to a pedestrian surviving a collision with a car. If a car were to hit a pedestrian at 30mph, there is a 47% chance the pedestrian will be seriously injured or killed, while that likelihood is lowered to 17% if the driver travels 20mph.

Be especially careful of pedestrians in areas with concurrent signaling. Concurrent signaling is when you’re at an intersection or crosswalk and pedestrians have a walk signal, and cars who are turning may also have a green light. Be cautious about turns even if you have a green light as a driver because a pedestrian may still have the right of way. If you’re a pedestrian, even if you have the walk signal, be sure to take a moment to look both ways still and ensure that the vehicles in the turn lane see that you have a walking signal. Also, before you step off the curb, turn and check behind you to make sure a car to your left or right (but behind you) isn’t about to turn onto the street you are crossing. We have handled some very bad pedestrian cases involving such scenarios.

There are more than 300 intersections in the greater Boston area with this dangerous concurrent signaling at intersections.

Injured in a Pedestrian Accident in Boston or Massachusetts? Reach out for a FREE Consultation with a Pedestrian Injury Lawyer

Pedestrian accidents are among the most serious cases we see. They almost always result in serious injuries or even death. If you were injured as a pedestrian in Massachusetts, you have rights and may be able to get compensation for your medical bills, time lost from work, pain and suffering and more. Visit our results page to see how we’ve helped Massachusetts pedestrians after tragic accidents.