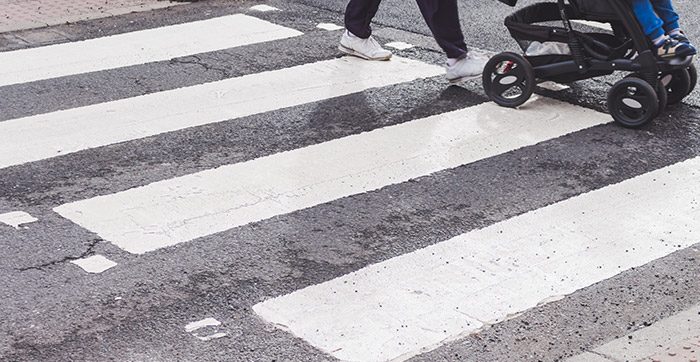 According to Federal estimates, sleep deprivation is a factor in approximately 2% of all car crashes across the nation. A study performed by the car and travel group AAA suggests drowsy driving actually played a role in nearly eight times more severe accidents than those federal estimates suggest. These numbers were obtained by studying the dashboard video of vehicles involved in 700 accidents. The AAA Foundation for Traffic Safety found that 9.5% of all crashes involved drowsy drivers, based on the portion of time the drivers’ eyes were closed in the minutes before a crash. That statistic rises to 10.8% in more severe auto accidents.

Back in December, on Route 145 near North Shore Road in Revere, five pedestrians, all waiting at a crosswalk were struck by a 2015 Chevy Equinox that veered off the road and onto a median. The resulting impact projected the victims and scattered debris throughout the area. Two of the victims, a five-year-old and her infant sister were unfortunately killed in the accident. The reason that the driver lost control of the vehicle is still under investigation. A North Andover police officer certified as a drug-recognition expert was called in to examine the driver of the vehicle for “possible narcotics impairment”. According to prosecutors, the driver of the SUV informed authorities that she took sleep medication the night before, only slept two hours, and then drank a beer on Sunday afternoon. She allegedly told them that she vaped CBD oil in the car and that she might have fallen asleep at the wheel. The 42-year-old driver from Beacon Hill is being held on $10,000 bail on charges including motor vehicle homicide.

The Boston Globe recently reported that back in 2015, prosecutors tried to keep this driver from getting her license reinstated following her acquittal in a drunk driving case. The case stemmed from a 2014 incident in Medford in which she rear-ended another driver at a red light. A police report from the crash said she was belligerent and angry, and her breath smelled of alcohol. She refused a breathalyzer.

The Boston Globe also reported a different incident where this same driver refused a breathalyzer after crashing into a snowbank in Ipswich in 2011. The police report again indicated she smelled of alcohol. In court, the driver admitted to sufficient facts, and the case was continued without a finding.

While studies show that drowsy driving can be just as dangerous as drunk driving, drinking while you are fatigued and then getting behind the wheel further increases your chance of getting into an accident. Drinking while sleep deprived can actually make you feel drunker according to a study by Men's Health.

Who is most at risk for drowsy driving?

Drivers shouldn’t get behind the wheel if they’re tired, have been drinking or are under the influence of drugs. New technology is becoming more available in vehicles that can warn drivers of potential problems. If a driver becomes drowsy behind the wheel, drowsiness alert features use sensors to determine if a driver is drifting out of the center of the lane repeatedly in a short period of time and issues an alert to take a rest break. Newer versions of drowsiness alert features can even track the driver’s head and eyelid movements to detect drowsiness. As helpful as these technologies can be, drivers ultimately need to know when they are at their limit. Drowsiness, like alcohol or drugs, can impair our abilities, reaction time and judgment. When it comes to your safety and the safety of pedestrians, cyclists and other drivers on the road, driving drowsy or impaired just isn’t worth it.