Cars Are Safer Than They Used to Be, but These Types of Injuries Are Still Too Common 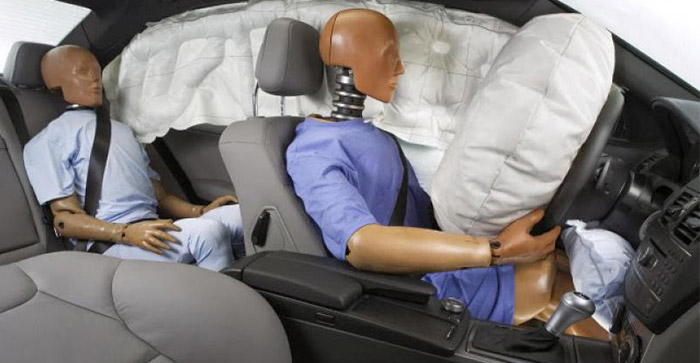 In the past 50 years, society has become increasingly more decentralized and spread out. Our commutes are longer than ever, towns and cities are growing far more interdependent, and no longer is the average person’s life exclusively focused within their local community.

It has been just over 100 years since the first automobiles were mass-produced and in the hands of American consumers, car accidents and traffic fatalities are still a relatively new issue for public health officials, the medical community, and lawmakers to deal with. During this time with the advent of crumple zones, side-impact protection, seat belts, airbags, and headrests our cars have become much safer but not completely safe.

Car accidents are a leading cause of personal injury and premature deaths in the United States. Every year, approximately 6 million accidental collisions occur on US roadways, with over half of those resulting in a personal injury.

There are many forms of injury which can result from a car accident, ranging from minor injuries which may not require medical attention, all the way to traumatic injuries which can cause permanent disability.

The most common forms of injury resulting from a motor vehicle collision are hyperextension and flexion injuries to the neck, more commonly referred to as whiplash.
Whiplash occurs following a collision at significant speed when the vehicle rapidly decelerates while your unsecured head continues at the speed which the vehicle was going before the collision. We see these type of injuries often in rear-end collisions.

This causes the head to rock violently forward, stretching and damaging muscles, ligaments, and other soft tissues in the neck. Concussion and traumatic brain injuries (TBI) is a common result of whiplash injury due to rapid deceleration of the head, causing the brain to collide with the inside of the skull due to inertia.

Individuals who suffer whiplash injuries may experience a delayed onset of symptoms for 24-48 hours. Symptoms may include Neck pain, mid-low back pain, muscle stiffness, and spasms, loss of range of movement in the neck, tingling or numbness running down arms, Fatigue, headaches, ringing in ears, cognitive problems, dizziness, blurred vision, confusion.
Symptoms of whiplash are treatable by medical professionals and often dissipate within 6 weeks to a few months, though they may be debilitating. Severe cases of whiplash can result in what is referred to as “chronic whiplash”, in which symptoms last long term or are permanent. Severe whiplash can also lead to problems down the road such as spinal stenosis or osteoarthrosis.

Another common spinal injury individuals may suffer from following a car accident are referred to as herniated discs. The spine is constructed with 33 vertebrates which stack on top of each other to form the spinal column. Spinal discs are flexible, rubber-like discs which hold the vertebrates together and give the spine its range of motion.

A herniated disc occurs when there is significant force applied to the spine causing the disc to rupture and shift out of place, this often results in pinched nerves, back pain, muscle spasms, and significantly reduced the range of motion. A herniation can happen anywhere in the spine but is most common in the lumbar (lower back) spine, followed by the cervical (neck area) spine.

In some cases, herniated discs can result in little to no symptoms, though in more severe cases they can be debilitating. It is common for motor vehicle collisions to result in multiple herniations due to the great force of impact on the body.

Another common injury we see in car accident cases is injuries to the ribs and sternum. These injuries can be a result of the impact of the accident itself or due to the deployment of the airbag. When excess pressure is applied to the ribs, it can cause one or more of the ribs to fracture or break.

Broken ribs are often quite painful and take time to heal. Symptoms of broken ribs include pain in the abdomen, lessened lung capacity, pain during inhalation, back pain and muscle tightness.

Although the fracturing of the ribs in and of itself is not life-threatening, it can cause other complications such as internal bleeding and puncturing a lung. Because of this, it is very important you seek medical attention immediately if you ever experience these symptoms following an accident.

Other Broken Bones and Face Trauma

Breaks and fractures in various parts of the body are common following a motor vehicle collision, but some parts are more vulnerable than others. Arm and wrist fractures are among the most common of breaks in car accidents due do to individuals bracing for impact up against the dashboard or steering wheel. Though arm and wrist fractures are not life-threatening, they can be a serious inconvenience and can cause significant loss of income if you can’t function at work.

Upper and lower leg fractures are common in more severe collisions and car wrecks where the force applied is great enough to fracture the strong and flexible leg bones. Like arm and wrist fractures, leg fractures are not life-threatening (except in rare cases when the femur punctures the femoral artery) but can be a severe inconvenience given the immobilization.

Hip fractures are said to be some of the most common injuries following a car accident, especially in cases where a vehicle is “T-boned”. Due to the nature of the injury, hip fractures can be particularly debilitating. Some sufferers may not be able to walk or bear weight for months after the accident, and in some cases may have issues that linger for years on.

Injuries to the facial region often result from the face colliding with the steering wheel, dashboard, or airbag due to the inertia of the vehicle coming to a rapid stop. It can also be the result of debris from the accident impacting or puncturing the face. Facial trauma includes broken noses, broken jaws, fractured cheekbones, fractured orbital socket (eye socket) as well as lacerations to the face.

A common yet often overlooked “injury” resulting from a severe car accident is PTSD or post-traumatic stress disorder. PTSD is a psychological disorder following the experience of a traumatic or terrifying event. Symptoms of PTSD include intense emotional reaction to “triggers” which bring back flashbacks and memories of the event, as well as depression and a heightened state of anxiety.

Research shows that 9% of individuals who experience a car accident suffer from acute or chronic PTSD. Post-traumatic stress disorder is often long-lasting and always debilitating to some extent, as to be classified as PTSD in the first place “Symptoms must last more than a month and be severe enough to interfere with relationships or work”.

Although PTSD cannot be seen on the outside like a broken arm or facial trauma, it is just as severe.

If you or a loved one has been injured in a car, truck or motorcycle accident it is important to speak to an experienced personal injury attorney before you make any decisions on how to proceed.