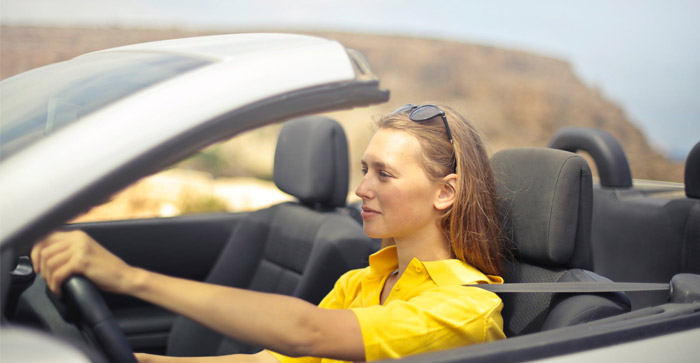 Another summer is upon us and as plans for vacations and summer fun are being made, we at Spada Law Group would like to remind you that we are entering the deadliest time of the year for teen drivers. In the 100 days between Memorial and Labor Day, teen crashes rise so dramatically that AAA (American Automobile Association) has given these summer months a name: the “100 Deadliest Days” for teen drivers. The average number of deadly teen driver crashes climbs 16 percent compared to the rest of the year, according to research from the AAA Foundation for Traffic Safety. While this may be the time to relax and plan for summer fun, it is not the time to relax while driving, especially for your teens.

Here are some facts about teen driving:

AAA has also revealed after an 8-year study, what they have found to be the top three distractions for teens while driving:

Crashes increase during the summer months due to teen drivers being out of school and having more time to spend on extracurricular activities. Teens are also likely to be driving with more passengers, they’re more likely to be out later at night in the summer and clear weather conditions often tempt teens to speed.

There Are Real-Life Consequence for Impaired or Distracted Teen Driving

Getting arrested for driving under the influence of drugs or alcohol can ruin the potential for a college education, a good job, and increase your entire household’s insurance rates, not to mention the fines, lawyer’s fees, etc. There are some practical things to consider here that we often forget in our hurry to see our children enjoying their lives.

What Can We as Parents Do to Combat the Problem?

Lead by example: Never serve alcohol or other drugs at parties, drive sober and eliminate distractions behind the wheel. According to the National Safety Council a recent survey reported that 91 percent of parents who use their cell phones do it in front of their teens knowing that they are who their teens model their driving behavior after. Also, teach your teen to ways to avoid distracted, careless or intoxicated drivers.

Give your teen permission and encouragement to call you if they are in a potentially bad driving situation. Advise them that you will pick them up without recriminations because their safety is always your number one concern.

Empower them to show courage and decline a ride from a friend who has been drinking or taking drugs, and that driving in a car with a driver who can’t take their finger off the cell phone is not only hazardous to their friend’s health but their own. Saying “no thanks” could really be the difference between life and death.

Make wearing a seat belt mandatory: This is the oldest rule in the book. Safety belts are the most effective safety device in the car. Everyone should be buckled up at all times. NHTSA data shows that 47% of the 37,133 people killed in motor vehicle crashes in 2017 were not wearing seat belts.

While it is completely normal for teens to make mistakes when first learning to drive, it is important to continue educating them about safety behind the wheel so they avoid the reckless behaviors that put themselves and others at risk on the road.

In Massachusetts, first-time drivers are permitted to operate a vehicle under what is known as a Junior Operator’s License. This type of restricted licensure is designed to protect teenage drivers, and their passengers until they gain enough driving experience to be able to operate a motor vehicle safely. The restrictions associated with a Junior Operator’s License prevent drivers under the age of 18 from driving with a passenger who is also under the age of 18. Exceptions to this requirement are available, but only apply if one of the passengers is a family member, or are over 21 and are licensed to drive themselves.

Where Does Massachusetts Rank in Teen Driver Safety?

According to carinsurance.com Massachusetts ranked 1st in 2016 for having the lowest teen driver fatality rate. Unfortunately, that ranking has dropped over the last couple of years (5th in 2017, 10th in 2018). Carinsurance.org analyzed five teen-driving metrics to come up with their rankings:

If you or your teen have been involved in any kind of car accident or motor vehicle accident, contact an experienced Massachusetts Accident Lawyer today.