Involved in a “No Contact” Or “Hit And Run” Motorcycle Accident?: You Can Still Recover Money for Your Injuries in Massachusetts 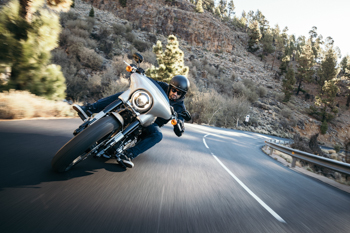 If you are a frequent motorcycle rider in Massachusetts, you’ve probably been involved in a situation on the road where another driver does something that requires you to act to avoid a crash, or worse, it does cause you to crash.

In these types of crashes, many motorcyclists don’t realize that they can still recover money damages for their injuries even though it was a “no contact” or “hit and run” accident. No matter how skilled of a rider you are, it can be incredibly easy to lose control of your bike when another driver makes an irresponsible or risky move on the road.

How a Massachusetts Motorcyclist Got an Unexpected $100,000 Settlement

We recently handled a case that involved a motorcyclist being run off the road by another driver.

The motorcyclist was seriously injured and some two years later was discussing his situation to a friend and fellow rider. His friend asked if he had done anything about it or if he had contacted a personal injury attorney. The injured motorcyclist had no idea that he had a potential personal injury claim for his accident because he assumed that, since the driver of the car never hit him and never stopped, he had no case.

Thankfully, the friend told the injured motorcyclist that he might still have options and that he should give Attorney Len Spada a call. The motorcyclists contacted us, and once we started looking into the case, we quickly noticed that the police report had a witness statement saying that they saw the driver of a car cut the motorcyclist off, forcing him off the road. Because we were able to prove that this accident was someone else’s fault, the motorcyclist was able to recover money for his injuries under his own uninsured motorist policy.

Because he contacted us and we took on his case, we were able to settle his case for the limits of his coverage which was $100,000. He had been paying for insurance coverage all along and never even knew he was entitled to money after his accident. That’s a very common mistake people make and it's upsetting to me. He obviously made a property damage claim to his insurance company so they knew or should have known he may have been entitled to recover for his injuries but they never told him. Now I know insurance companies are not obligated to tell people their rights but I think that is wrong and our laws should mandate that insurers inform their insureds of such basic rights.

Your Recovery Options After a No Contact Accident in Massachusetts

When a motorcycle accident or crash occurs without contact, or if it is a “hit and run,” it can be very difficult to determine who caused the accident and who is at fault. Many times, the driver of the truck or car leaves the scene either because they are completely unaware that they did something to cause your crash, or they are aware but flee the scene in an attempt to avoid criminal liability.

Regardless of whether the other driver stays on the scene of the accident, you have options available to recover money damages for your injuries – with or without the other driver being involved.

Suppose the driver of the other vehicle is identified and is found at fault for the accident. In that case, your motorcycle injury attorney can file a claim against both the individual and their insurance company.

If the driver intentionally or unintentionally left the scene of the accident, you may still be able to pursue a claim for money damages under your bike’s underinsured and uninsured motorist (UM) coverage. Essentially, as long as you can prove that someone else was at fault for the crash, even if that person remains unknown, you can still recover money damages for your injuries from your own insurance policy. We handle uninsured and underinsured motorist claims all the time.

What You Should Do After a No Contact Or Hit And Run Motorcycle Crash: Peabody Motorcycle Injury Attorney’s Advice

If you were involved in a no-contact motorcycle accident in Massachusetts, call 911 immediately and provide police with a detailed description of your version of what happened and make sure that a police report is completed.

If possible, get a description of the car and share it with the police. If you can get license plate information from the vehicle that caused the accident, that will be extremely helpful for the police and your injury attorney.

Your best form of proof in these cases is an independent witness’ corroboration statement. If you’re able to speak to anyone who comes to the scene, ask if they saw the accident and would be willing to wait to make a statement to the police. Even if the witness doesn’t stay on the scene, you could alternatively ask them for their name and contact information so that the police could give them a call to hear their witness account of the incident.

Were You Injured in a Motorcycle Accident? Schedule a FREE Consultation Today

If you were injured in a motorcycle accident, it’s important to remember that you are not automatically at fault. But due to motorcycle bias, you will need to work harder to prove your case, which requires the skill of an experienced motorcycle accident lawyer.

At Spada Law Group, we have helped countless riders obtain the compensation they deserve after being involved in a motorcycle crash. We want to help you too.