If Another Skier or Snowboarder Crashes into Me Can I Sue them For My Injuries?: Boston Ski Injury Attorney Explains 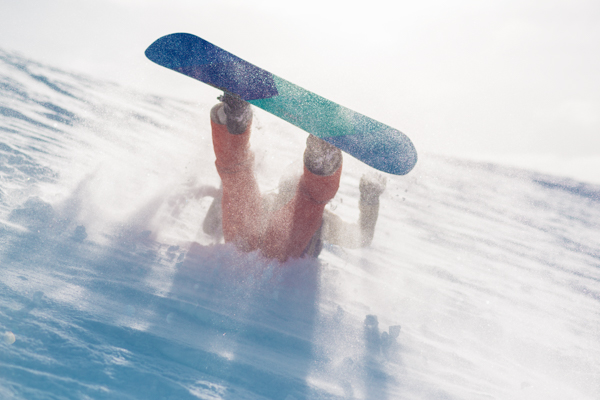 Skiing and snowboarding have always been popular but with pent-up demand caused by COVID these past two years, this ski season has seen unprecedented crowds on the slopes. With more people on the slopes, we see many more collisions and injuries. So you may wonder what are your legal rights if someone negligently causes you injuries while on the slopes?

If another skier on the slopes injured you, you might have a valid injury case.

People often believe that if they’re injured while skiing, snowboarding, or participating in a winter sport, they’re out of luck when it comes to filing an injury claim.

It can be very difficult to successfully pursue an injury claim against the actual ski mountain or resort itself, so that’s likely where the misconception comes from. State laws in New Hampshire, Maine and Vermont make it very difficult (but not impossible) to sue a ski resort but that doesn't mean you can’t successfully bring a claim against another skier or boarder who caused your injuries.

Skiing, snowboarding and winter sports are activities that come with certain inherent risks – such as typical falls, variations in terrain, snow and ice, and the possibility of bare patches of ground. Due to the inherent risks of winter sports, ski operators typically have minimal liability for injuries that happen at ski resorts. Under Massachusetts law, Ski operators generally will not be liable for a skier’s or snowboarder’s collision with an object or another skier.

Since there are a few situations where a ski resort may be held liable for your injuries, it’s always a good idea to consult with an injury attorney before you make any decisions on the merits of your case.

Many ski mountains will have you sign waivers before hitting the slopes, which is another reason why people often think they have no possible injury claim. You may not remember signing a waiver if you have a season’s pass, such as The Epic Pass, but you did when you purchased the pass online or in person. A waiver or release form alone, however, doesn’t automatically bar you from your right to bring an injury lawsuit but it certainly makes it much more difficult and in some cases impossible.

Collided with Another Skier or Boarder? You May Have an Injury Claim in Massachusetts

While ski and snowboard mountains have minimal liability for injuries on the slopes, each skier and snowboarder has a duty to keep others around them safe. If another skier or snowboarder negligently caused your injury, no waiver will prevent you from being able to sue the negligent person.

Common ski injuries include head injuries such as concussions or traumatic brain injuries, neck or back injuries, broken bones, or even paralysis or death. If you were injured at a ski resort, it’s always wise to consult with an injury attorney who will investigate the details of your potential case and inform you of your rights and options.

When someone is behaving negligently on the slopes, and their actions lead to colliding with you or causing you an injury, you likely have a strong case against them.

According to Massachusetts’ Law, all Skiers have the Following Duties:

It is assumed that all skiers know their own range of ability when it comes to their skiing skill level and that each skier is aware of the inherent and unavoidable risks involved in skiing. By participating in skiing, a skier assumes responsibility for any injury caused by an inherent risk of skiing.

When a skier fails to act in accordance with any of the duties above, and you are injured as a result, you likely have a valid injury case.

Imagine some teens are skiing and snowboarding together, and they decide to race recklessly. They are flying down the hill faster than is appropriate given the conditions and faster than they’re able to control. Suppose they collide with another person and injure them. In that case, they could be found legally liable for your injuries because they were not conforming to their responsibility to maintain control of their speed and course while going down the hill.

What Should I Do if Injured by Another Skier in Massachusetts?

If you are able, get the name and contact information of the person who caused your injuries. This information is critically important to your ability to have a successful injury case. You can’t sue who you can’t identify.

Most of the time, when you’re injured by someone at a ski resort the person’s homeowner’s insurance will step in to provide the person your claim is against with an attorney and the financial coverage to compensate you for your damages if you are successful. Homeowner’s insurance policies extend coverage to anyone who lives in the home with the homeowner or insurance policyholder, so it covers minors and anyone else who lives in the home.

You can learn more about this in our blog about what skiers, snowboarders, and homeowner's insurance have in common.

If you were injured in a collision with another skier or snowboarder, or due to someone else’s carelessness on the mountain while you were skiing or snowboarding, give us a call.

Our injury attorneys will listen to your story and we will advise you of, and fight for, your rights.

We have offices in Chelsea, Peabody, and Worcester, but we proudly serve the entire state and can meet with you remotely from the comfort of your own home. Contact us for a free consultation to see how we can help you get the recovery you deserve after your injury.