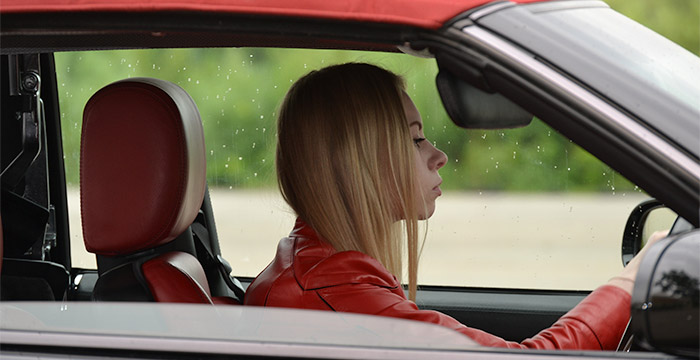 Ask a parent of a teen driver what their worst nightmare is and their answer would likely be hearing the news that their child has gotten into a severe car accident and has been injured. Unfortunately, this happens daily all over the country. According to Centers for Disease Control and Prevention (CDC) statistics, more than 2,400 teens died in car crashes in 2016, while more than 290,000 were treated for injuries they sustained in car accidents. That means that six teens ages 16–19 died every day due to motor vehicle crashes and hundreds more were injured.

It is impossible for a parent to prevent their child from getting behind the wheel of a car. In Massachusetts, teenagers as young as 16 may apply for a learners permit at the Registry of Motor Vehicles. At age 16½ and after completing a driver education course, a teenager becomes eligible for a Junior Operator’s License. While parents cannot prevent their child from operating a motor vehicle, there are certain things kids can do to avoid becoming a statistic:

Speeding is one of the biggest mistakes teens make behind the wheel. New drivers often find it difficult to discern just how fast they are traveling. In some cases, the young driver thinks they are driving at the speed limit but realize (often after getting pulled over) they were moving considerably faster. Additionally, it’s more difficult for new drivers, especially teens, to figure out how long it can take to stop if a vehicle ahead of them stops short.

Increasingly the deadliest mistake teens and adults both make is texting or using their phone for other reasons while driving. Even a quick five-second glance at your best friends latest status update can have deadly consequences. Within those five seconds, anything can happen; a parked car could pull out in front of you, a pedestrian or cyclist could cross assuming that you see them and are going to yield to them, a ball could come bouncing out of a back yard followed by a child. If you are traveling 55mph, in five seconds you would have traveled the entire length of a professional football field.

Much like texting and driving, not paying attention to what is directly in front you at all times can also lead to accident and injury and is one of the most significant problems for new drivers. It’s essential to pay attention at all times to everything that is happening on the road while behind the wheel. An example of this type of distracted driving is eating, applying makeup or talking to your passengers. During lane changes and parallel parking, pay close attention to blind spots that make it more difficult to see areas around your car.

Teens are often impulsive and are more prone to take dangerous risks compared to adults. This behavior often extends to how they act behind the wheel of a car. Instead of slowing to a complete stop at a yellow light, they may end up putting the pedal to the metal, ignoring traffic signs or even completely running red lights.

5. Not Wearing a Seatbelt

Not wearing a seatbelt is not only illegal but can prove fatal if a person gets into a car crash. Seatbelts save lives, so it’s important to make sure your teen always wears one while driving.

Let’s be honest, some adults do not exactly follow the rules of the road. One common mistake teens can make is emulating the bad habits of their parents. That can carry over into their driver education and real-world driving, with potentially harmful consequences.

7. Not Adapting Their Driving Behavior to the Weather Conditions

The technology in modern vehicles provides a much safer ride with advanced anti-lock braking systems, all-wheel drive and other features. With that said, there is still a certain skill set that is required, particularly in New England to drive in inclement weather. This includes the ability to spot and adapt your driving to black ice, adjust your steering properly if you start to fish-tail, or even simply pull out of a parking spot during a snowstorm. One of the biggest mistakes young drivers make is assuming that the vehicle they are driving will operate the same regardless of weather conditions.

As a parent, it is completely normal to be concerned with the idea of your teenager driving, after all we are talking about a young person responsible for controlling a several-ton piece of machinery while moving at potentially high speeds. You can do your part by educating your young driver about the perils of not following the rules of the road.