Self-Driving Cars Are Coming to a Neighborhood Near You 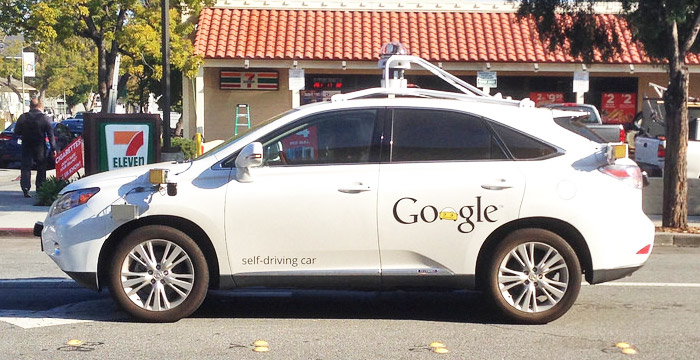 While most folks think that the computerization of cars is a new phenomenon, chances are most of the cars you’ve ever driven or been in have had a computer integrated in some capacity. Computers have been in cars since the late 1970’s and early 1980’s. While these computers weren’t tracking your vehicle diagnostics, giving you lane change warnings or directions to a restaurant, they were assisting your driving by controlling sensors, combustion and interactions between electrical systems.

The manufacturers of autonomous cars promote them as having the ability to reduce accidents, traffic, save time, and dramatically improve human efficiency. Manufacturers of self-driving car and truck technology, Tesla, GM, Ford, Volkswagen, BMW and others, along with ride-sharing service providers Uber and Lyft are already testing semi-autonomous cars on the roads. These cars currently do have a human backup driver present in the vehicle during road tests. Analysts estimate that the initial phase of commercial release of these vehicles on the roads will also involve some degree of human interaction.

Autonomous cars are not and probably will never be perfect. Back in March, a Self-Driving Uber Car killed a pedestrian during a test drive in Arizona. This particular vehicle also had a backup human driver who happened to be looking down as the accident occurred. A Tempe Arizona Police department investigation had determined that the backup human driver could have avoided the accident but was watching the streaming video service Hulu during most of her time behind the wheel. Unfortunately our technology failed us on many levels in that situation.

How does the average person feel about vehicle autonomy?

Most of the feedback regarding self-driving cars has folks split three ways:

Level of Automation in Vehicles

According to the National Highway Traffic Safety Administration (NHTSA), automated cars are defined as vehicles that can perform some key driving functions, such as steering, braking or acceleration, without requiring interaction from a human driver. Levels of automation can vary, and drivers may be required to interact with the vehicle depending on its specific level of automation.

Self-driving cars are coming to a neighborhood near you.

In October of 2016, Massachusetts Governor Charlie Baker signed an executive order to “Promote the Testing and Deployment of Highly Automated Driving Technologies.” You may have already seen an autonomous vehicle on the roads as 15 Massachusetts cities and towns have signed an agreement to allow self-driving cars to be tested in their communities.

Chances are that within your lifetime a driverless car might be taking you to work, driving your family home after dinner or delivering your pizza.

With offices in Chelsea and Salem, MA, Spada Law Group provides Boston quality legal representation without the commute into the city with free on-premises or fully validated parking. We are here to answer any questions you may have. Call Spada Law Group today at 617-889-5000 to discuss your situation. The consultation is free and there is absolutely no obligation to hire us. We are open Monday through Friday from 9am to 5pm.

1 Comments
I’m gone to tell my little brother, that he should also go to see this blog on regular basis to obtain updated from the latest information.Best Automation Site
by Shumon November 30, 2020 at 03:50 AM
Post a Comment