Seat Belts Work And They Protect More Than Just Your Health

I've been handling serious car accident cases for over 20 years and I am still amazed at the number of people who don’t wear seat belts on a regular basis. It really boggles my mind how many clients come to us and ask if they can still recover damages for their injuries even though they were not wearing their seat belt at the time of the crash. In this blog I will answer that question and will also try my hardest to convince anyone reading of the importance of always buckling up behind the wheel. In fact, a not so funny story occurred as I was working on this blog. I had stopped writing so that I could speak to a witness on a new case that I am working on. As I was speaking to this very nice gentleman, I noticed he was in his car driving as I could hear the seat belt chimes continuing to go off as we spoke. I couldn’t help myself, I blurted out “are you not wearing your seat belt?”. He laughed and said he was not but that he would buckle up now that I called him on it. The call convinced me the lingering problem of non-use of seat belts needs to be addressed.

A Brief History of Seat Belts 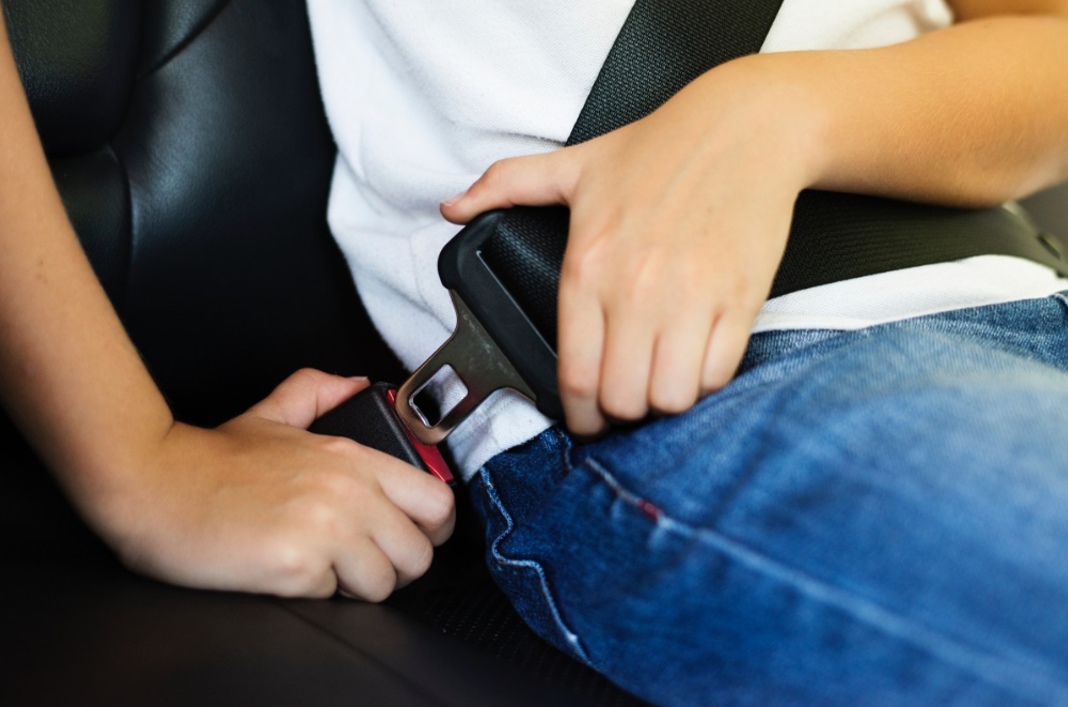 I think we all can remember the Volvo safety commercials and how we equated Volvo with safety. It was genius marketing, but it was also fact-based, as Volvo was a pioneer in revolutionizing automobile safety. In 1959 Nils Bohlin, a Swedish inventor, designed the modern (not the initial) three-point seat belt that is now standard equipment in all cars. Volvo was the first to sell cars with this new design in 1959 and by 1966 they were required equipment in all vehicles sold in the United States. The first US patent for an automobile seat belt was issued to Edward J Cleghorn of New York City in 1885. This primitive device was designed for use by tourists and involved using hooks to attach the tourist to the vehicle (sound comfortable!).

So, as you can see, seat belts have been a part of our American car culture for quite some time, but do they work? The answer is an emphatic yes! They work incredibly well. In fact, when Nils Bolin died in 2002, Volvo estimated that his design of the three-point seat belt had saved approximately one million lives. Imagine that, one million people who got to continue to live, work, raise families and contribute to society. What an amazing contribution to the world and a legacy to be proud of. The Center for Disease Control has stated that seat belt use is the most effective way to save lives and reduce injuries in crashes. A few startling statistics for you to digest:

What is the Law in Massachusetts Relating to Seat Belt use?

What if I Didn’t Have My Seat Belt On, Can I Still Make A Claim For My Injuries?

Assuming you were not at fault for the crash, the answer is yes.  Some laws in Massachusetts specifically state that a violation of that law is also “evidence of negligence” which can be used in a civil case against the person who violated the law. The seat belt law however does not have such language and the absence of such language allows your lawyer (if necessary) to argue that not wearing a seat belt cannot be used as evidence of your negligence. If the legislature wanted a violation of the seat belt law to be considered as evidence of your negligence, they most certainly would have included it in the law like they have done in other laws. It is a very persuasive argument and to date there are no reported cases in Massachusetts where someone lost their car accident case simply because they weren’t wearing a seat belt.

Will The Value Of My Case Be Affected Because I Wasn’t Wearing A Seat Belt?

The answer is possibly, but probably not. In Massachusetts, evidence that you were not wearing a seat belt at the time of the crash may be admissible to prove you bear some responsibly for your injuries if the defendant can produce evidence that your failure to wear a seat belt caused or contributed to your injuries. In a 1992 case that went before the Massachusetts Supreme Judicial Court, a defendant tried to argue that the plaintiff’s failure to wear a seat belt was a cause of the plaintiff’s injuries. The Court stated “The defendant in this case has failed to produce any evidence that the plaintiff's failure to wear her seat belt was causally related to her injuries. In the absence of any such evidence, the judge properly refused to submit the issue to the jury, as the jury would have been left to speculate as to whether the plaintiff's failure to wear her seat belt contributed to her injuries”. Shahzade v. C.J. Mabardy, Inc., 411 Mass. 788, 797 n. 8, 586 N.E.2d 3 (1992). So, the possibility exists that with the right evidence presented by the defense, your claim for damages could be negatively impacted by the fact that you were not wearing a seat belt. It is a difficult hurdle for the defense, but it is theoretically possible.

What Should I Do If I Was Injured In A Car Accident But I Wasn’t Wearing A Seat Belt?

The best thing you can do is to understand your legal rights before you make any decisions. Before you speak to an insurance company adjuster, sign or submit any paperwork or hire a lawyer, you owe it to yourself to get as much information as you can, so you can make a smart decision on what you need to do next. At Spada Law Group, we offer free consumer guides and videos that answer many of the questions car accident victims have. Take a look, download our free information or contact us for a free consultation. Learn what Spada Law Group is all about and how we might be the right personal injury lawyers for you and your case.