On November 25, 2019 Gov. Charlie Baker signed a bill into law making Massachusetts the 21st state to make holding cellphones while driving illegal. It’s about time! Massachusetts already banned texting while driving back in 2010, but the police rightfully complained that ban was too difficult to enforce, because they had no way to really know if a driver typing on a cellphone was texting, using a GPS app or was making a call. Now, if they witness any use of a cellphone the police can in most cases rightfully issue a citation.
Gov. Baker said, “Operators driving a car should not be holding a phone to text, check social media or email…When a driver on an electronic device hits something or someone, that’s not an accident, it’s a crash that was avoidable.” We couldn’t agree more!!! So far in 2019, 309 people have been killed on Massachusetts roads. But, does using a hands-free device make driving as safe as not talking on the phone at all while driving? As you’ll see, the answer is a definitive NO. But first, a summary of the new law is in order. 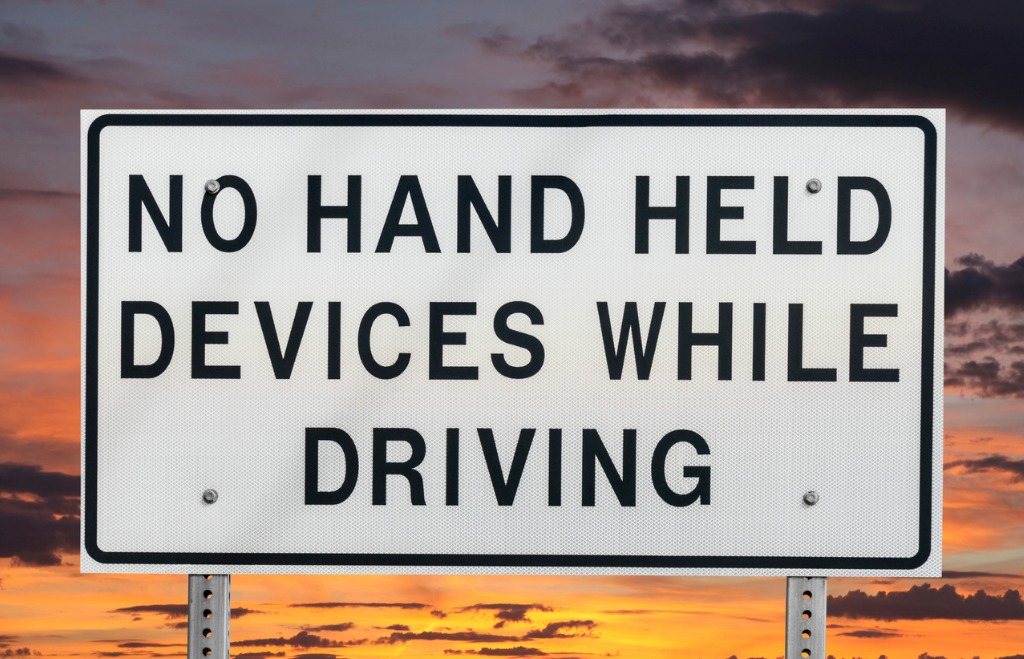 What Can’t You Do While Driving?

Can I check my phone for directions or other online information while driving?

You can if you have a hands-free navigational device that is permanently or temporarily affixed to your car. But you CAN'T check directions from a phone that is not “affixed”. Simply stated, you cannot access your cellphone screen while driving.

Can I Text While Stopped In Traffic?

No! If you are on a part of a public road “intended for travel” by cars and bicycles you are considered “operating” your car even if stopped and the law applies.

Are There Any Exceptions To The Law?

Yes. If an emergency exists and need to use your phone you may. Emergency use of a cellphone is specifically an affirmative defense if you are cited. You must prove however that one of the following scenarios applies: “(i) the vehicle was disabled; (ii) medical attention or assistance was required; (iii) police intervention, fire department or other emergency services were necessary for the personal safety of the operator or a passenger or to otherwise ensure the safety of the public; or (iv) a disabled vehicle or an accident was present on a roadway.

What Are The Penalties For Breaking This New Law?

There will be a grace period until the end of March 2020. So, if you're stopped prior to April 1, 2020, only expect a warning. But after that, a first offense will mean a $100 fine; second offense $250; and a third or any subsequent offense will cost you $500. Also, a second and third offense requires you to attend a yet to be determined program “that encourages a change in driver behavior and attitude about distracted driving.”

Will My Insurance Rates Go Up If I Get A Citation?

Can The Police Take My Phone Away If I Am Cited For Violating The Law?

No. The new law states “Nothing in this subsection shall authorize the seizure or forfeiture of a hands-free mobile telephone or a mobile electronic device.

It is time to dispel a serious myth that I believe this new may help perpetuate, that talking on a hands-free device while driving is RISK FREE. It absolutely is not. According to the National Safety Council, approximately 26% of all car crashes involve a driver who was talking on their phone. What's interesting (and frightening) is that some of these drivers were using a hands-free device! With all the recent press involving the change in the law to prohibit talking on a cellphone device unless it is “hands-free", I believe people are getting the wrong impression that simply because it is hands-free communication, it is therefore safe. It is not “safe” to carry on a conversation through a hands-free system while driving. It is simply “safer” than do so by use of a hand-held phone. The reason that any conversation while driving is not per se “safe” is because our brains, contrary to common belief, cannot do two tasks simultaneously. Our brains must rapidly toggle back and forth between focusing attention on our telephone conversation and focusing on the road. Think about it, we cannot talk on the telephone and read a book the same time. We may think we can but, all we're doing is going back and forth between focusing on the book and the telephone conversation, but we are not doing both at the same time. Driving takes much more concentration than reading a book and the number of people who use voice to text options while driving because they believe it is safer are putting all of us at risk.
As another example, think of how many times you have lowered your volume on your car radio when you are observing something on the road that requires more focused attention. Radio is up load, you see an emergency vehicle up ahead, what do we do? We lower the volume! There is a physiological reason why we do this. We are focusing our attention and by active listening to either music or talk radio we are prevented from directing focus to where we want. We all do it without even knowing why we are doing it. We realize on some subconscious level that listening to the radio is somehow preventing us from giving our full attention to what it is we are trying to observe more closely. It is this exact same brain function and rationale that is in play when we are talking on the phone via a hands-free device.

Our Brain and Dealing With Distractions 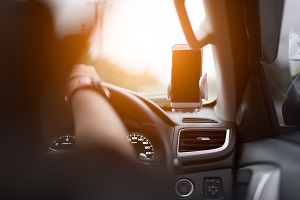 The area of our brain that deals with analyzing moving images is reduced by as much as one third when a driver is on the phone. Research has shown that drivers who were talking on any type of phone, hands-free included, miss seeing up to 50% of their surroundings when driving. Think about that; 50%! I wouldn’t want my car (or even worse myself on a bike) in the 50% that is blocked out.
Many people argue that if they can safely drive while talking to a passenger in their car then they are just as safe talking on the phone. The problem with this argument is that passengers often act as a second (or more) set of eyes and are also watching the road. Passengers often alert drivers to dangers so the risk is greatly reduced.
Without doubt, hands-free devices are safer than handheld devices, but the purpose of this blog is to remind everyone that they are not risk free and should be used only when necessary. At any given time, 9% of drivers are talking on their cell phones which leads to driver distraction, which leads to more accidents. It's for this reason that experts and personal injury attorneys strongly recommend that drivers avoid talking on the phone at all when operating a vehicle.

If you or a loved one has been injured in an accident involving a driver who was using a hands-free device at the time of the crash, contact Spada Law Group today to learn what rights you may have. If someone you love has died after such an accident, you may also qualify for compensation under Massachusetts Wrongful Death laws.
Be the first to comment!
Post a Comment