Roundup Weed Killer May Be Killing More Than Weeds 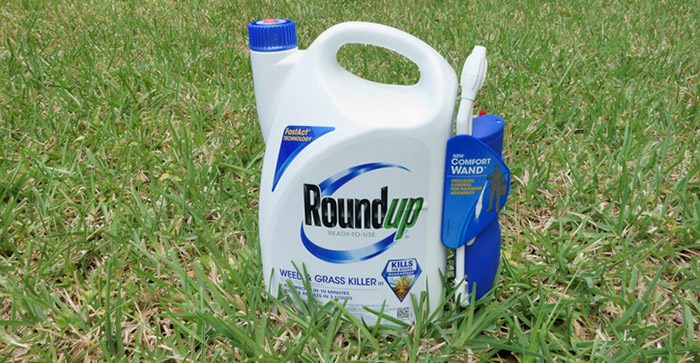 If you’ve kept up with the news recently, then you’ve most likely been hearing a lot about the biochemical giant, Monsanto, and its failure to disclose the harmful ingredients found in their popular weed killer, Roundup. It all started when Dewayne Johnson, a California school groundskeeper, was diagnosed with non-Hodgkin’s Lymphoma two years after he started working at a school and using the product. According to Johnson, he was responsible for spraying the school property with Roundup between 20 and 30 times a year over the course of four years. In two incidents, he accidentally got completely drenched in the herbicide. It was discovered that Johnson’s diagnosis is directly related to his exposure to the active ingredient, glyphosate, found in Roundup, and the former groundskeeper was awarded $289 million for the health damages he suffered. Johnson, who was given just months to live, is the first in a long line of victims who have acquired legal representation for cancer diagnoses resulting from exposure to glyphosate.

Suing for Damages Caused by Roundup

Glyphosate, the fatal ingredient found in Roundup, has been linked to leukemia, non-Hodgkin’s lymphoma, and multiple myeloma, leaving thousands of plaintiffs on a mission to sue for damages that have arisen as a result of their health problems. The majority of these plaintiffs have been employed by the agriculture industry and have been exposed to Roundup on a regular basis. If you feel that you may be a victim of Roundup exposure, it’s important to understand the reason why Monsanto is at fault. Back in 2015, the World Health Organization (WHO) classified glyphosate, as a chemical that is “probably carcinogenic in humans,” and Monsanto failed to notify the public that this chemical was in their popular and wildly profitable weed killer. In addition to this lack of communication and warning by Monsanto, there is proof that the popular weed killer could have been designed differently, in a way that was far less hazardous. According to claims that were made by Monsanto, Roundup was described as being safe for humans, animals, and the environment, however; those statements were proven false and backed by data. Not only has Monsanto made money off of selling this lethal product for 40 years, but they have taken it a step further and flat-out denied any associated danger.

What a Plaintiff Needs to Know

When bringing a case involving a product to court, a plaintiff’s role is to assert a defect that has been identified in the manufacturing, design, or marketing categories. When there is a defect in the design of the product, there is a defect in all the existing samples and a plaintiff must prove that there existed a preventable risk in the product when it was manufactured. There also needs to be evidence that showcases the harmful risks, which could have been reduced had a different design been manufactured. The majority of cases involving marketing defects as their cause of injury are the result of a business’s failure to warn or to inadequately warn the consumer. In all such cases, due to the chemistry and science involved in proving their case, expert testimony is necessary at trial. These are difficult and expensive cases to take to completion, but they are so very important, both for the sickened consumer and the public at large. Being held to financially account for such commercial misdeeds is the only way to ensure that others won’t suffer the same fate.

Monsanto has profited on glyphosate by genetically engineering crops that are resistant to the active ingredient. Because these weeds become resistant to Roundup over time, agriculturalists need to use more and more glyphosate to receive the same result. In turn, their contact with the ingredient is continuously increasing. While researchers aren’t positive that Roundup poses a threat to average users, scientists have concluded that the chemicals found in this popular weed killer are becoming all too common in humans.

The concern over weed killers increasing the risk of cancer is nothing new, however; the rise in agricultural workers who have reported having non-Hodgkin’s Lymphoma specifically has been linked directly to Roundup exposure.

Getting the Quality Representation that you Deserve

Because Monsanto did not address the risk of lymphoma as a consequence of using Roundup, injury attorneys have a clearer pathway towards holding Monsanto responsible. If you think that you may have a case against Monsanto due to your use of Roundup, it’s critical that you act fast. We would be happy to discuss your specific situation with you. Time is of the essence when it comes to your health and your case against this biochemical giant.