You Can Recover your Car’s Loss of Value After an Accident: New Massachusetts Supreme Court Ruling 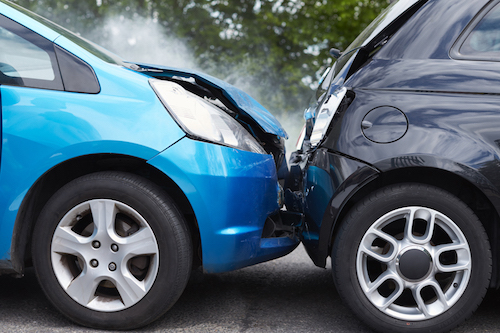 It is now standard for a Massachusetts auto policy’s property damage coverage to extend to any diminished value of a car involved in an auto accident. This recent decision - just issued in October 2021 - is one that many car accident lawyers and accident victims have long-awaited.

The Massachusetts Supreme Judicial Court decision applies to all Massachusetts auto insurers. The main change is that now a victim of a car crash can recover consequential damages for Inherent Diminished Value (IDV) to their car from the insurance of the person who caused the accident.

Inherent Diminished Value refers to the value your car loses when it’s involved in a car accident. Even when a car is repaired after an accident, the market value of the vehicle goes down after being in a collision. If you’ve ever looked into buying a used car and perused Kelley Blue Book or CarFax, you might be familiar with the decrease in a car’s value after an accident.

All someone needs to claim in order to seek recovery for Inherent Diminished Value damages to their car is:

Insurance companies used to have no obligation to pay for Inherent Diminished Value (IDV) claims in addition to paying for repair costs for damages to a car after an accident. This new decision reverses all past rulings on the matter.

In each case, repairs to bring the cars back to their pre-collision condition were paid for by Safety and Commerce insurance coverages. The issue, the three accident victims claimed, was that even though their cars were repaired they were not compensated for the loss of fair market value of their vehicles.

The three people involved in the case were Mr. McGilloway, Linda Estrella, and Adam Ercolini. McGilloway’s car needed $5,700 in repairs, and McGilloway claimed his car was now worth $4,425 less than it was pre-accident. Estrella’s car had $8,700 worth of damages to repair, and she claimed a loss of $3,100 to her vehicle due to the accident. Ercolini also had his vehicle repaired after an accident and claimed an additional $4,450 in Inherent Diminished Value damages.

In a lower court, a judge found that if the damaged cars were fully repaired and those repairs were paid for by the insurance company of the negligent driver, the car’s owner isn’t entitled to collect additional damages for the diminished value of the vehicles. McGilloway, Estrella, and Ercolini appealed the court ruling and the case found its way to the Massachusetts Supreme Court.

The court addressed the issue as 2 legal questions:

What the court primarily looked at to answer these questions were the insurance policies themselves. The court assessed and interpreted the policies through the lens of what a “reasonable insured” person would expect to be covered given what was detailed in the policy.

The most compelling phrases in the insurance policy that led the court to its decision in favor of Inherent Diminished Value Claims were:

Together, and in the context of the whole policy, the court interpreted these statements to mean that anyone who has a valid property damage claim after a car accident has a right to all of the damages the law allows, which can include “intangible damages” such as loss of value of a vehicle. The court also found that the insurance policy didn’t specifically have language limiting people to only repair or replacement costs.

Ultimately, the court ruled that if someone's car is damaged in an auto accident in Massachusetts, they have the right to get the vehicle’s repairs covered and they also have the right to pursue a claim for Inherent Diminished Value damages to actually be made whole after the accident.

If you’re interested in reading the full opinion, you can find the McGilloway v. Safety IDV decision here.

If You Were Involved in a Car Accident in Massachusetts, You are Entitled to Compensation for Your Injuries and Loss of Value to Your Vehicle

We’re proud to say we’ve helped countless people in Massachusetts get the recovery they need and deserve after being injured in a car accident. If you were injured in a auto accident caused by another driver, you’re entitled to damages for your injuries, pain and suffering, repairing your car, and now for the loss of value to your vehicle. To recover from these damages, you need an attorney experienced in your specific type of accident--motorcycle accidents, car accidents, truck accidents. Each requires a slightly different understanding of the law. Spada Law Group's injury attorneys around Boston have handled these different cases. Contact us today to see how we can help.